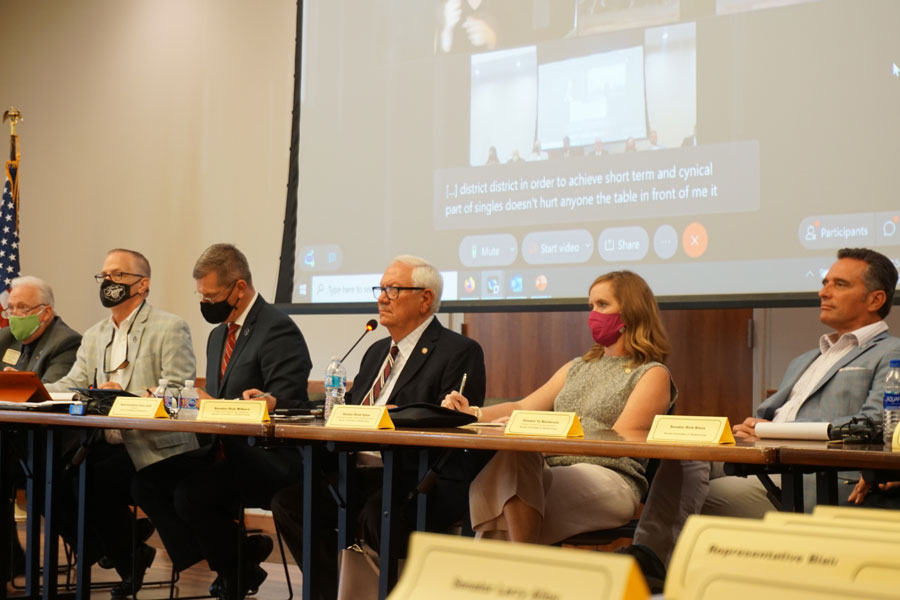 Kansas lawmakers attended an in-person town hall in August at the Matt Ross Community Center in Overland Park, one of 14 such meetings held at that time to take input about redistricting. A new round of events will be held virtually in late November, with residents given a chance to submit written testimony or make oral remarks through computers at physical sites. File image.

Kansas lawmakers will host a second round of town halls in late November aimed at taking public input on the upcoming process for redrawing state legislative and Congressional district boundaries.

Unlike the first round of town halls in August, which were held in person, lawmakers during this new round of events will attend virtually.

Residents will be able to submit written testimony beforehand or can opt to speak to lawmakers through computers at designated sites in each of Kansas’ four Congressional districts.

Some details are not yet finalized, but here is what Johnson County residents need to know if they are interested in attending or submitting testimony:

Where and when are the closest town hall locations?

If I want to attend in person and give testimony, what do I need to do?

What if I’d rather submit written testimony online?

What if I can’t attend but want to watch?

Will this be my last chance to give input about redistricting?

What happens after the town halls?