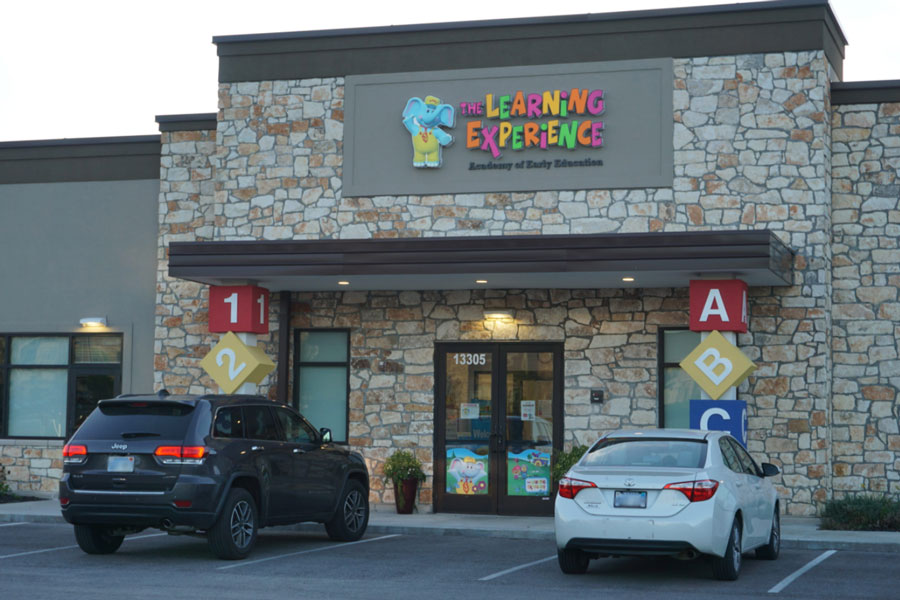 The Learning Experience daycare facility is under investigation by both the Overland Park Police Department and state after nine reports alleging abuse and neglect occurred at the facility have been filed since August. The franchise's owner has been fired. No charges have been filed as of yet. Photo credit Nikki Lansford.

An Overland Park daycare is under investigation by both the Overland Park Police Department and state officials following at least nine allegations of abuse and neglect at the facility, a police spokesman confirmed this week.

One of those nine allegations comes from Logan Harder, who enrolled two of her children at The Learning Experience, near 133rd Street and Pflumm Road, earlier this year.

Harder said, at first, it was a wonderful place for her kids.

“But then at the beginning of August, three employees and the director of the facility quit,” Harder said. “As soon as those teachers left, that daycare went downhill fast.”

Harder said after the exodus of employees, she noticed her son, who was nearly two years old at the time, coming home with injuries, such as a bump on his head and several bruises on his legs.

“I had received no phone call,” Harder said, referring to the incident of the bump. “And when I got there, they had no incident report written up, either.”

However, the final straw, Harder said, happened in the afternoon of Aug. 25 after she picked her son up from the daycare only to realize his diaper had not been changed since the morning.

Harder said dried feces were coming out of her child’s diaper and had run down his leg. She said the soiled diaper had stayed on so long that welts had formed on his rear end.

After the incident, Harder went straight to the Overland Park Police Department to file a report.

Since that first report filed by Harder in late August, there have been eight other cases alleged against the Learning Experience facility, prompting a police investigation, Overland Park Police spokesperson John Lacy said.

“We are looking at each and every case individually,” Lacy said.

Currently, no charges have been filed.

The Learning Experience in Overland Park is an independently owned franchise of company based in Deerfield Beach, Fla.

Within the last week, the owner of the Overland Park franchise who had been responsible for the day-to-day operations has been terminated for “failing to meet standards of care,” the Learning Experience’s corporate office said in a statement.

“We have been made aware of recent allegations,” a company spokesman said. “Out of respect for the privacy of our families, we do not comment on pending allegations involving a center, but we are working closely with local and state authorities to address and resolve any concerns.”

Harder said she is glad the owner of the Overland Park facility was fired.

“It should have happened a lot sooner though, and there’s a lot more that daycare needs to do,” Harder said.

The Learning Experience’s corporate office says they have recently put in place executive team members with more than 50 years’ of childcare experience combined for the purpose of taking over the daily operations at the Overland Park center.