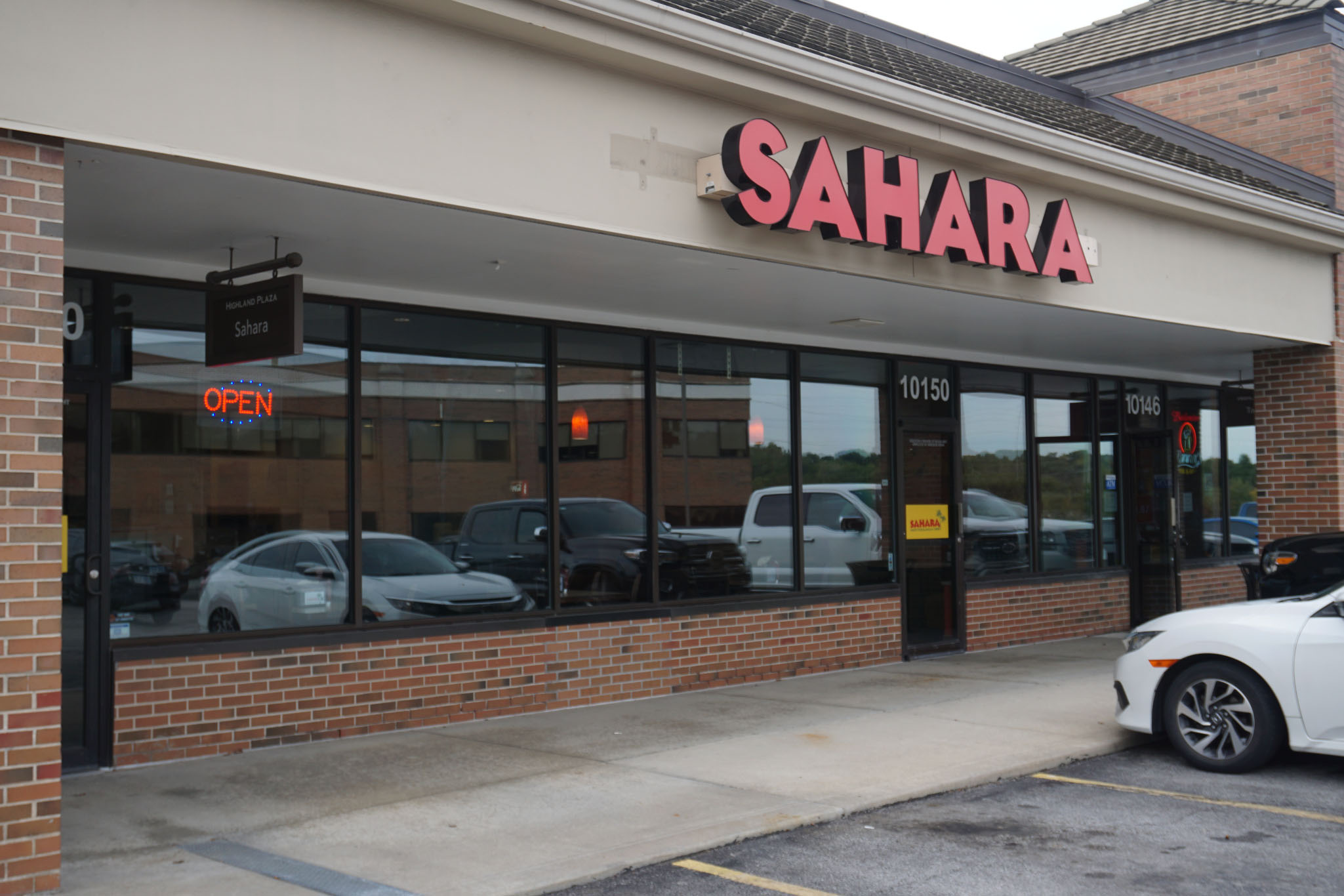 Sitting right off Highway 69, Sahara in Overland Park is located at 10150 W 119th St., about a half-hour drive away from their original location in Missouri.

Meshal Fadous, a manager who has been with Sahara since they opened in Lee’s Summit in 2016, said several of the customers that visited their original restaurant were from Overland Park, so the company went searching for a way to bring their food to where they saw a demand.

“We’ve been looking for a place for second shop for a while, and the moment we found a good spot we were like, ‘Here we go,'” Fadous said.

Owner and head chef Jawad Hijaz is Palestinian. When Hijaz created the menu, he said, he wanted to offer the exact same food you would find from his home.

The Overland Park location will offer the same menu as the Lee’s Summit restaurant, serving up Middle Eastern fare, from traditional gyros to juicy kebab platters to the homemade baklava that Fadous says is “to die for.”

Everything on the menu is made from scratch every day, Fadous said.

While the restaurant is mostly known for their hummus and falafels, Fadous said he recommends patrons try the chicken shawarma.

“I think what people like the most about this kind of food is first, the taste. Second, it’s healthy. And third, no matter what of food you eat, you never feel miserable,” he said.

He added that without the support of customers, especially through the COVID-19 pandemic, the restaurant would not be where they are today, able to expand to a new Johnson County location.

“The moment you get in the store you are part of the family, that’s how we like to make it here,” Fadous said.

Sahara Mediterranean Food is open seven days a week from 11 a.m. to 9 p.m.