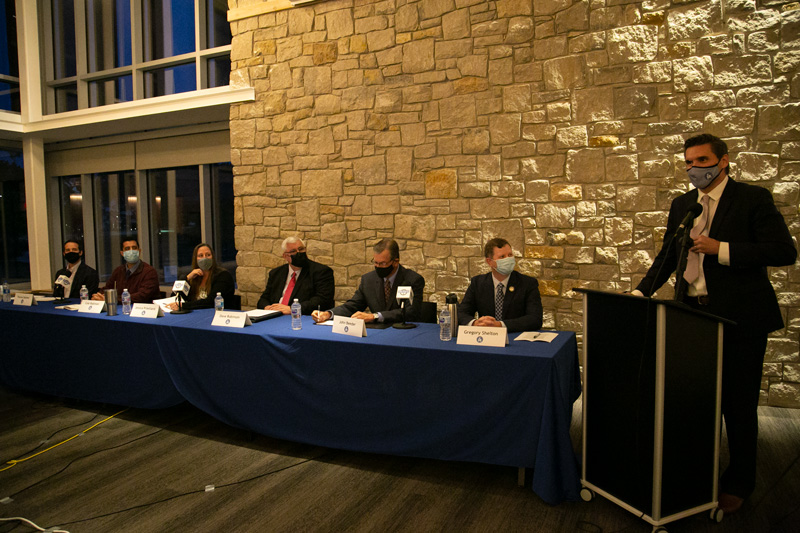 Affordable housing, the city budget and a citywide mask mandate were all topics of conversation at the Post’s general election forum for candidates vying Prairie Village City Council this November.

There are three contested city council races in Prairie Village this year, and all six candidates running in those contests participated Tuesday night.

In Ward 1, investment manager Thorne Daimler and financial trader Cole Robinson are vying for the seat being vacated by Councilmember Jori Nelson’s seat.

In Ward 4, property manager Jessica Priestland and retired IT executive Dave Robinson are vying for the seat being vacated by Councilmember Sheila Myers.

And in Ward 5, retired business executive John Beeder and Gregory Shelton, a marketing and sales manager in the energy industry, are competing to replace outgoing Councilmember Dan Runion, who is also not running for reelection.

In addition to these three races, there are three city council candidates running unopposed: incumbent councilmembers Ron Nelson in Ward 2 and Terrence Gallagher in Ward 6, along with Lauren Wolf, who faces no opposition for the Ward 3 seat being vacated by Councilmember Tucker Poling.

The Post live streamed the candidate forum, which can be found in its entirety below.

Here are the questions candidates were asked, as well as corresponding time stamps: