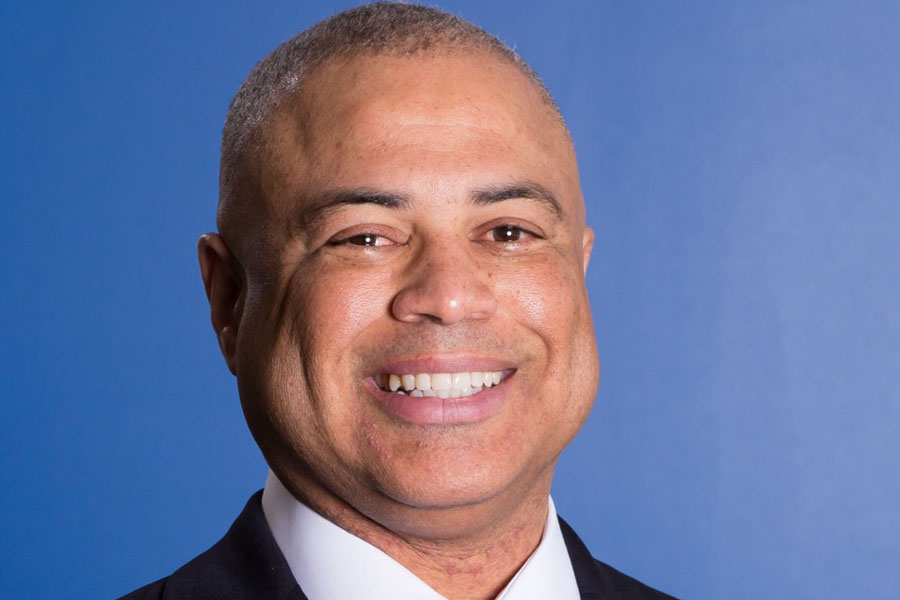 Fabian Shepard has stepped down as head of the Johnson County Republican Party, local party officials confirm. Shepard, a one-time Shawnee Mission school board candidate, won election as head of the local GOP in September 2020. Image via Facebook.

Fabian Shepard has resigned his position as head of the Johnson County Republican Party in the wake of an accusation that he forcibly kissed a Wyandotte County GOP official against her will during a political event in August.

The battery report filed Sunday against Shepard with the Bonner Springs Police Department said he tried to force three kisses on the official, who media reports and other local party members have identified as Wyandotte County Republican vice chair Stephanie Cashion.

The alleged incident occurred outside of an anti-abortion event Aug. 20 in Bonner Springs.

Shepard allegedly invited Cashion to follow him to the east side of the building, and as they walked around the corner grabbed her by the back of the neck and kissed her on the mouth against her will, the report said.

The report said Cashion was upset afterward and asked that the report be made to document it.

Shepard did not reply to either a voice mail or email from the Post, but he he did tell the Sunflower State Journal that he resigned because the report of the allegation had become too big a distraction.

Walston immediately becomes the interim party chair until members can name a replacement for Shepard. The local party has not yet set the replacement procedure in motion.

“Fabian did a lot for the Republican Party of Johnson County. I have big shoes to fill,” she said. “We will continue to work hard for the candidates and get them elected.”

The Johnson County GOP did not offer a statement about Shepard’s departure or the alleged event that led up to it.

“I’d rather not get into that while the situation is being investigated by police,” Walston said.

Shepard, a one-time candidate for Shawnee Mission school board, narrowly won election as head of the Johnson County GOP in September 2020.

He led the local party through 2020 statehouse elections that saw Republicans retain two hotly contested Senate seats in northeast Johnson County, as Democrats made inroads in some other legislative districts.

This year, Shepard pushed Republicans in Johnson County to be more aggressive at emphasizing party identity in trying to rally conservatives in traditionally nonpartisan municipal races, most notably for Overland Park mayor.