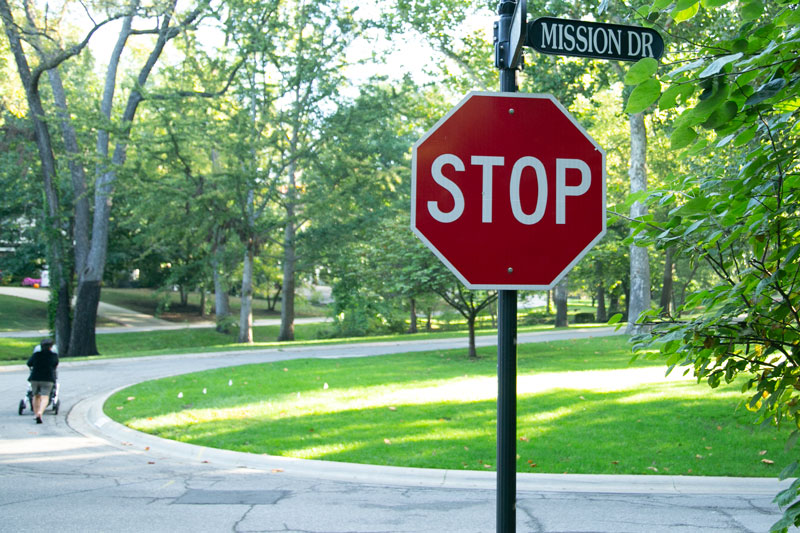 Prairie Village police are investigating an aggravated assault and battery that happened in Mission Hills early Monday morning. The event occurred near the 6000 block of Mission Drive, according to a press release.

Prairie Village Police say they are looking for two suspects involved in an alleged aggravated assault and battery which occurred Monday morning in Mission Hills, according to a police department press release.

Police say two male suspects approached the victim around 6 a.m. Monday near the 6000 Block of Mission Drive, according to the release.

A physical altercation ensued, police say, and the suspects ran back to their vehicle. Two gunshots were fired during the incident, according to the police.

Investigators say the victim suffered minor injuries from the physical altercation but was not injured from gunfire. It remains unclear who exactly fired the gunshots.

Mission Hills Mayor David Dickey told residents about the incident via email Monday evening. It occurred while the resident was out on his morning walk, according to Dickey.

Dickey said he wished the best for the resident “as he recovers from the physical and psychological events from this morning.”

“You have the council’s, police department’s, staff’s and my commitment to communicate fully and openly about this incident,” Dickey said in the email. “ We want Mission Hills to continue to be the safest community in the metro area – period.”

The suspects, who were wearing dark-colored hoodies and masks, fled the area in a “dark-colored, four-door hatchback with blue fog lights and a blinking right taillight,” according to Prairie Village Police.

In his email, Dickey said it’s believed the same suspects may also have thrown debris at a cyclist prior to the alleged assault on the walker.

Dickey added that there were also several auto burglaries in the area from Sunday night into Monday morning.

“Our police are actively and aggressively working this event,” Dickey said.

Investigators describe the suspects as two Black males, both just under 6 feet tall and about 160 pounds.

Those with any information related to the incident are encouraged to contact the department at (913) 642-6868. 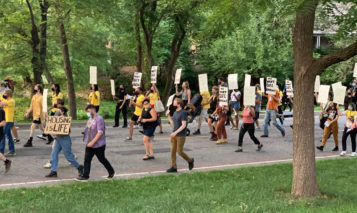