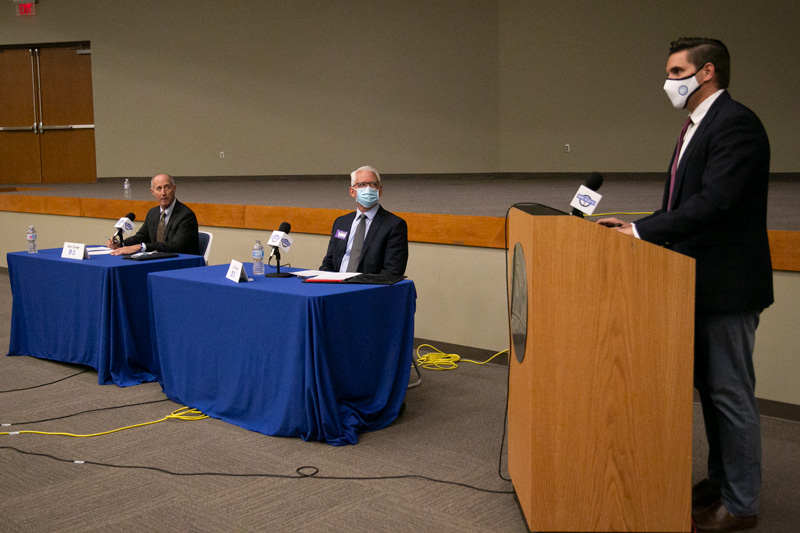 Resident satisfaction, a property tax increase to fund public safety, how to address housing affordability and partisanship in the current campaign, were all among the topics touched upon Tuesday night in the Post’s forum featuring two candidates vying to become Overland Park’s next mayor.

Long-standing mayor Carl Gerlach is stepping down after 16 years in office, and two men are competing to replace him on the Nov. 2 ballot.

Wednesday’s forum hosted at the Blue Valley Conference Center at Hilltop drew an in-person crowd of about 50 people.

The candidates, who were the top two vote-getters from August’s four-way primary contest, conducted a lively back-and-forth on more than a dozen questions.

The Post livestreamed the forum on its Facebook page. The video can also be found embedded below.

There was a slight hitch in the livestream towards the end of the forum. This additional video captures the candidates’ closing statements:

Here are the questions that were asked Tuesday night, complete with corresponding time stamps if readers want to fast-forward to that topic. All these time stamps relate to the first video above.