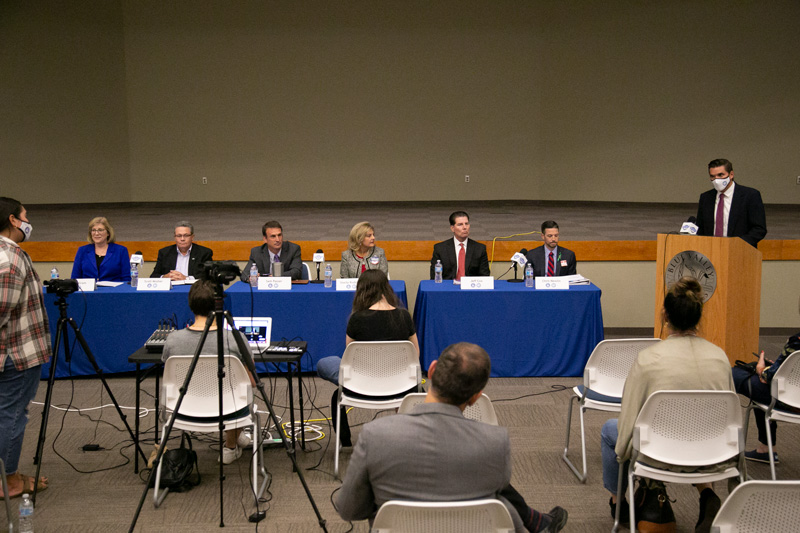 A coming property tax increase, the upsurge in apartment projects and the city’s response to COVID-19 were just some of the the topics covered Tuesday evening at a Post forum for candidates vying for three seats on the Overland Park City Council covering the southern part of the city.

In Ward 4, incumbent Councilmember Stacie Gram, who was appointed in 2020, is defending the seat against retired police officer Scott Mosher.

In Ward 5, candidates Sam Passer, an executive for a local software company, and Sheila Rodriguez, a long-time manager at Sprint/T-Mobile, are vying for the seat currently filled by outgoing Councilmember John Thompson, who is retiring this year.

The Post livestreamed the forum on its Facebook page. The entire video can also be found embedded below.

Here are the questions and the corresponding time stamps so readers can find answers: