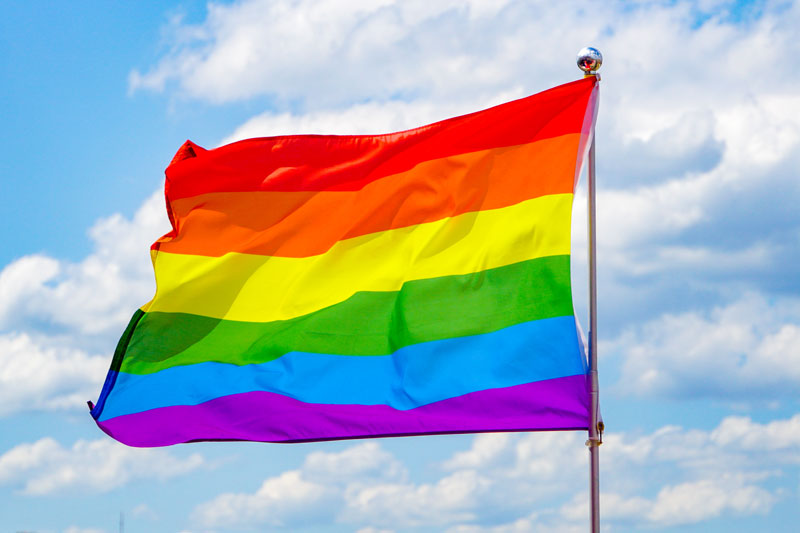 Prairie Village is moving forward on a proposed conversion therapy ban, which would make it the second Johnson County city with such an ordinance on the books. Photo credit Ted Eytan. Used under a Creative Commons license.

Prairie Village on Monday advanced a proposed ban on conversion therapy, which will now be considered as an ordinance before the full city council.

If approved, Prairie Village would be the second Johnson County city with such a ban, following Roeland Park’s approval last year.

LGBT advocacy group Equality Kansas introduced the idea to the Prairie Village city council committee of the whole last month, citing research that shows the practice of attempting to counsel a person to switch their sexual orientation is harmful to LGBTQ youth mental health.

There are no known licensed psychiatrists or practitioners offering conversion therapy in Prairie Village.

Due in part to that fact, Councilmember Ian Graves said Monday that he has received emails suggesting the city would be “virtue signaling” with a ban.

“Conversion therapy happens in Kansas, it happens in this state,” Graves said. “It may not happen here, but we want to keep it that way. We want to say to the LGBT community: We see you, and we know how this has harmed you as a community and as individuals. We want to make Prairie Village a known, safe place for you and we want it to stay that way.”

On Monday, City Attorney David Waters presented the city council committee of the whole with three options for the ordinance’s enforcement.

The options included ones that mirrored Roeland Park’s ordinance, as well as an ordinance currently on the books in Lawrence.

Ultimately, the committee of the whole decided on an option that stayed in line with the city’s non-discrimination ordinance passed in 2018, which bars discrimination in public spaces and workplaces based on sexual orientation and gender identity.

Under the conversion therapy ban proposal, violators would be charged up to $1,000, but will not face jail time.

Although a majority of the council supported the ban, Councilmember Sheila Myers said she couldn’t support it as an ordinance.

Myers said she would support a resolution barring conversion therapy but could not support an ordinance.

She called conversion therapy a “bad treatment,” but noted that Equality Kansas had previously told the council that there are no known practitioners in Prairie Village.

“I have tremendous compassion for the victims of this terrible therapy, anybody who is listening to this — it is heartbreaking,” Myers said. “I would encourage Equality Kansas to continue to educate the public on the dangers of this therapy, but I will not support an ordinance.”

Councilmember Inga Selders said while there’s no evidence of licensed professionals practicing conversion therapy, it could be happening behind closed doors.

Selders said one out of 10 LGBTQ community members is impacted by conversion therapy, so there are people in “Prairie Village who have suffered repercussions.”

An ordinance for city council’s formal consideration will be on a future meeting agenda.

The council committee of the whole voted the item forward in a 11 to 1 vote, with Myers in opposition.

Correction: An earlier version of this story incorrectly stated that Councilmember Sheila Myers said she would support an ordinance if she had proof that conversion therapy was practiced in Prairie Village.