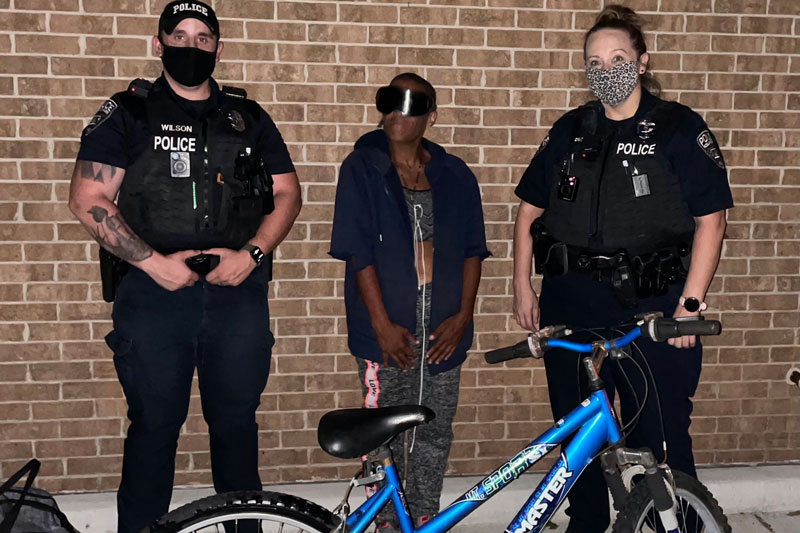 Two Roeland Park police officers gifted a woman, pictured center, with a bike after learning she had no method of transportation to get on her journey to South Dakota. Photo courtesy Roeland Park Police Department.

Officers Dietrich and Wilson met a woman with no form of transportation last week, who said she wished she had a bike to move throughout the city easier. The officers found a bike in police possession, and were able to gift it to her.

“This is how we roll [at Roeland Park Police Department],” Morris said in an email to the Post. “I’m so proud of my officers for doing something great again.”

The Shawnee City Council on Sept. 27 revisited discussions about the recurring schedule for council committee meetings.

The city council plans to combine the committee and council meetings by including a portion of the council meeting that will be dedicated to committee items. Mayor Michelle Distler suggested the change to facilitate council proceedings. Click here to follow that discussion.

The city of Lenexa plans to close a portion of Gleason Road between 83rd and 79th streets during the day starting Tuesday, Oct. 5.

The road will be closed daily from 7:30 a.m. to 3:30 p.m. through Thursday, Oct. 7. 2021, while crews complete storm pipe and ditch maintenance. A detour route will be available via 79th Street to Clare Road to 83rd Street.