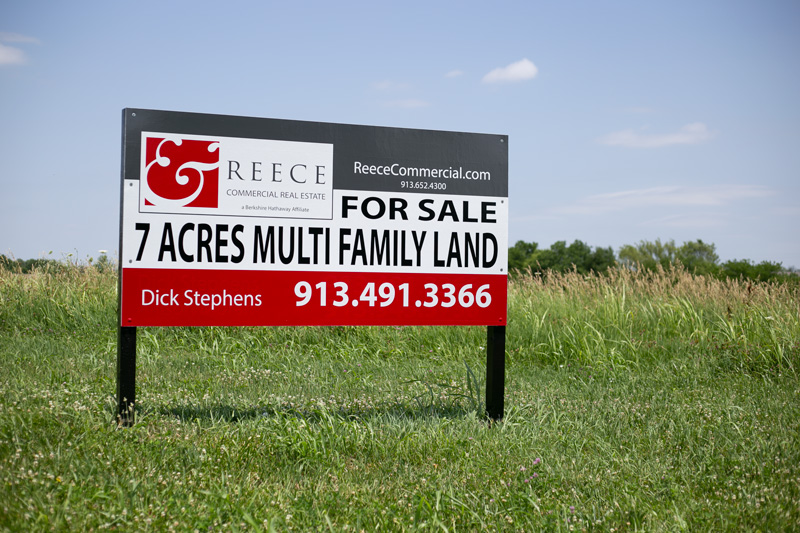 Hedge Land Developers is planning to build an affordable multi-family complex with 144 units at 7405 Hedge Lane. Above, the site is undeveloped next to several duplexes. File photo.

Construction is slated to begin soon on the Meadowlark Apartments, a new multi-family complex in southwestern Shawnee near K-7 Highway.

Hedge Land Developers, a limited liability company led by Sunflower Development Group, is planning to build what it calls an affordable multi-family complex with 144 units on about 7 acres at 7405 Hedge Lane.

Jason Swords with Sunflower Development said the company is enthusiastic about the project.

“We’re working through the closing process now, and addressing all city comments to the plans that have been submitted,” Swords told the Post.

The Shawnee City Council briefly discussed the project on Wednesday, Sept. 27, before voting 6-0 to approve the city’s intent to issue up to $28 million in industrial revenue bonds for the project.

The $28 million in bonds allow the developer, Hedge Land Developers, to have sales tax exemption on construction supplies.

Zoned for medium-density residential, the undeveloped site is located near several duplex units, which were built as part of a development package for the entire 18-acre site more than 20 years ago.

Sunflower Development plans to build surface parking, a clubhouse with fitness room and an outdoor swimming pool for the site, as well as landscaping and other site improvements, according to city documents.

The apartments will have a mix of one-, two- and three-bedroom units ranging from 800 to 1,100 square feet.

A recording of the meeting is available below and on the city website. Discussion begins at 30:07.