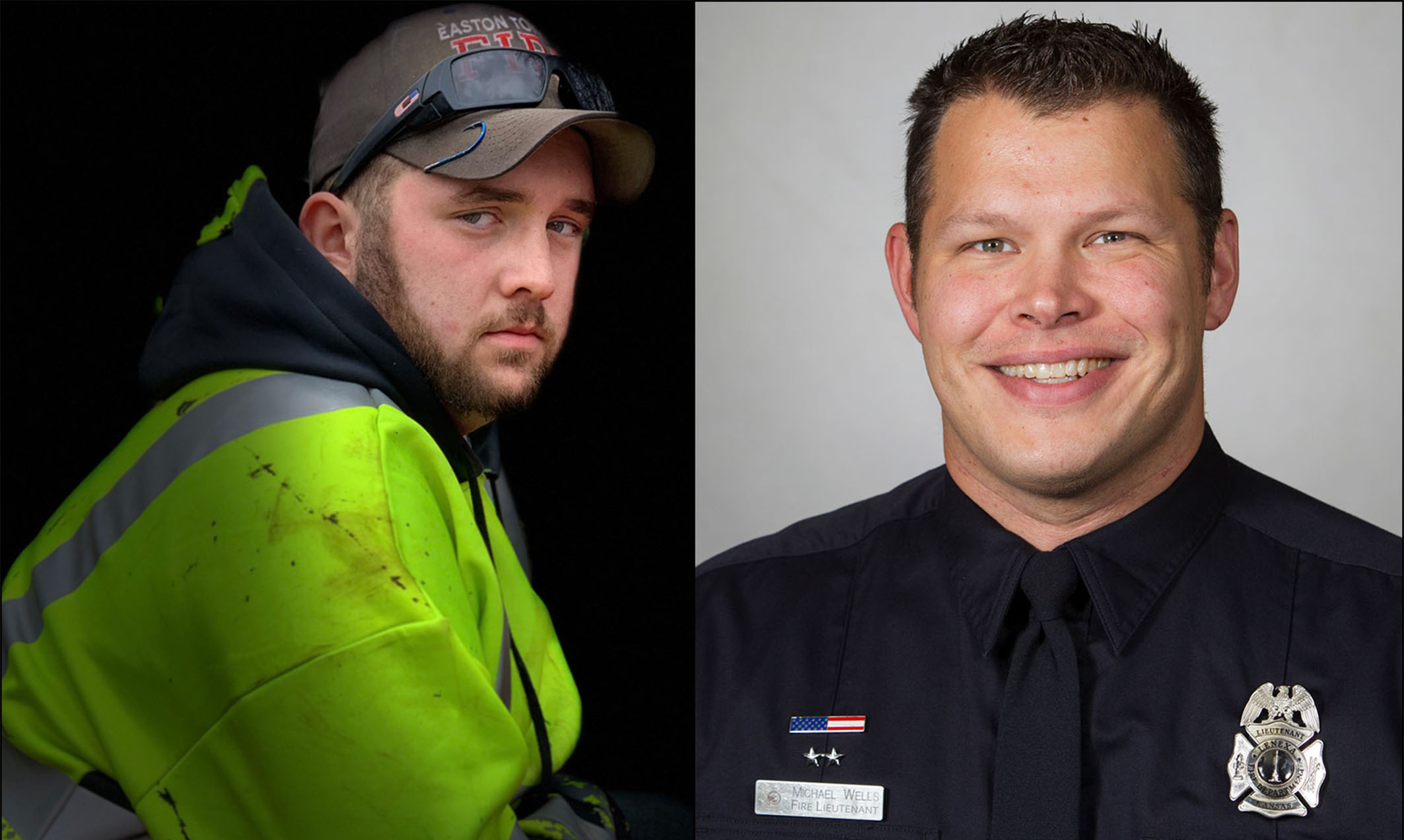 Two Kansas firefighters will be honored at the 40th Annual National Fallen Firefighters Memorial. Firefighter Johnny Ivison Jr., left, and Lieutenant Michael Wells, right, will have their names, along with 215 other fallen firefighters, permanently added to the National Memorial. Image via firehero.org.

Two Kansas firefighters to be honored at National Memorial Service

Firefighter Johnny Ivison, Jr. of the Easton Township Fire Department and Lieutenant Michael Wells of the Lenexa Fire Department will be honored at the 40th Annual National Fallen Firefighters Memorial this weekend.

The names of these firefighters, who died in the line of duty, will become a permanent part of the National Memorial, along with 215 other fallen firefighters.

On the evening of Oct. 2, the families of the fallen firefighters will gather for Candlelight Service, during which a plaque bearing the names of the fallen will be added to the National Fallen Firefighter Memorial.

The following morning, a memorial service will take place.

The school is inviting community members to cheer along the parade route. It begins in front of the school, west on 107th Street and north on Lamar Avenue to the stadium. It will begin at 1:30 p.m. and will feature classic cars, the marching band, creative floats and homecoming court candidates.