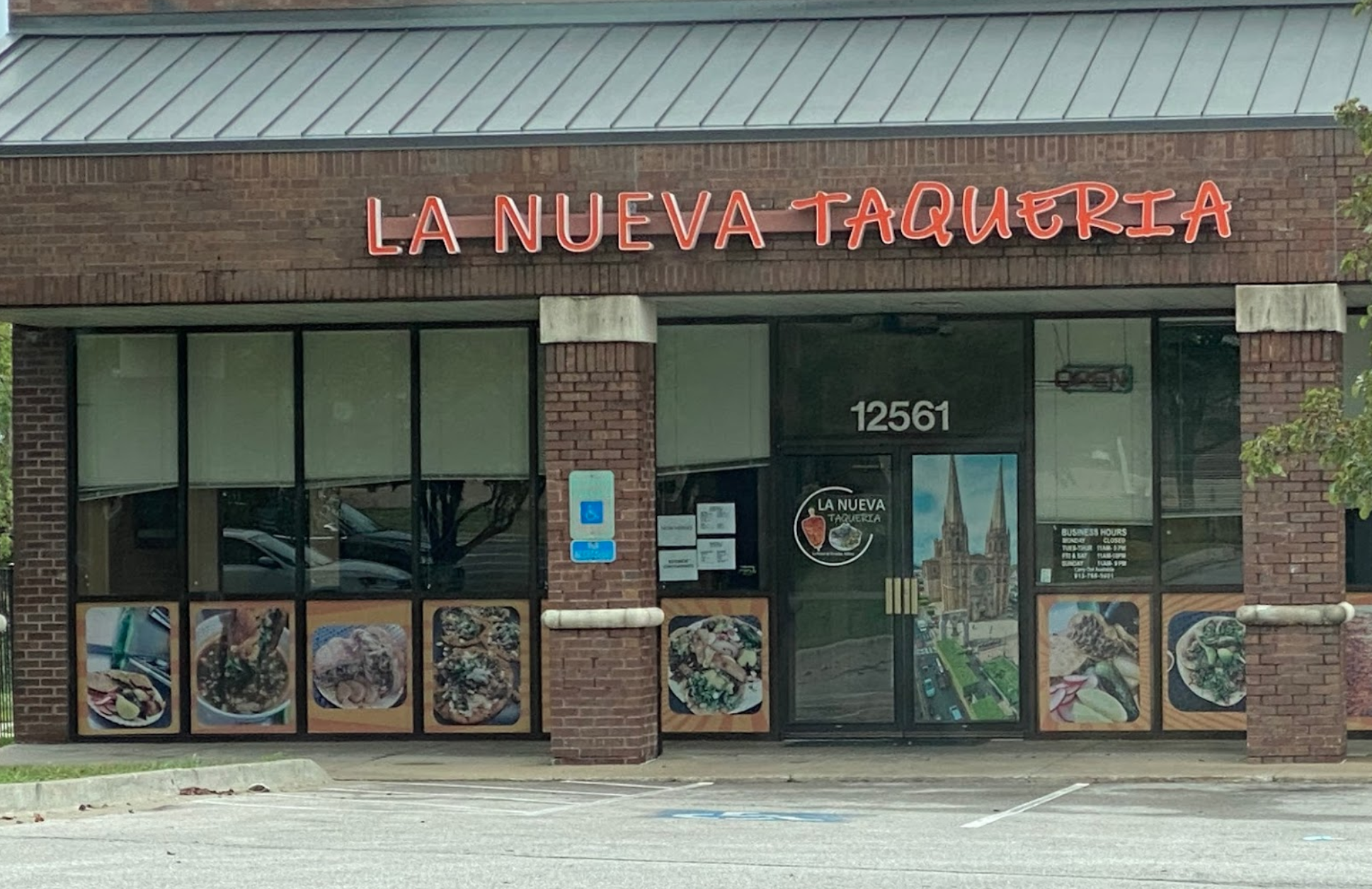 Taqueria La Nueva, a restaurant that opened earlier this year in Overland Park, is bringing authentic Mexican street food to the area. Started as a food truck in 2019, the owners have now expanded to a storefront on Antioch Road, which has daily lunch rushes that often produce lines out the front door. Image via Taqueria La Nueva.

A new taqueria has been bringing a crowd to its doors daily since it first opened in the spring.

Taqueria La Nueva started as a food truck in Olathe by owners Julia and Juan Lozano in August of 2019.

After its success, the couple decided to look into a more permanent storefront.

“We had always planned on opening a brick and mortar eventually,” Julia Lozano said.

By March of this year, that dream came true as the Lozanos opened a restaurant location at 12561 Antioch Road in Overland Park.

The menu consists of Mexican street food, ranging from tacos to tortas and burritos.

The restaurant says its speciality is their al pastor, which is a spit-grilled pork. However, Julia said, their most popular item is their quesabirria, a cheesy shredded beef taco.

“It’s real authentic Mexican food from the town that we’re from in the highlands of Jalisco, which is close to Guadalajara,” Julia Lozano said.

Since their opening, the Lozanos say they’ve seen great success.

Oftentimes, Julia says, the line to order from the counter stretches to the front doors and out the entrance.

“Typically our lunch rush is from like about 11 a.m. to 1:30 pm., and then our dinner rushes usually from like 6 p.m. to 8 p.m. And so during those timeframes, usually there’s a line to the door,” Julia Lozano said.

She says their goal is to have food prepared fresh upon order, while still making sure the food comes out fast

Still, despite their success amid the ongoing pandemic, they are facing challenges.

Due to staffing issues, the Lozanos have temporarily shut down their food truck and are currently focusing on the restaurant.

The co-owners are looking to reopen the taco truck soon, potentially in a new location outside of Olathe.