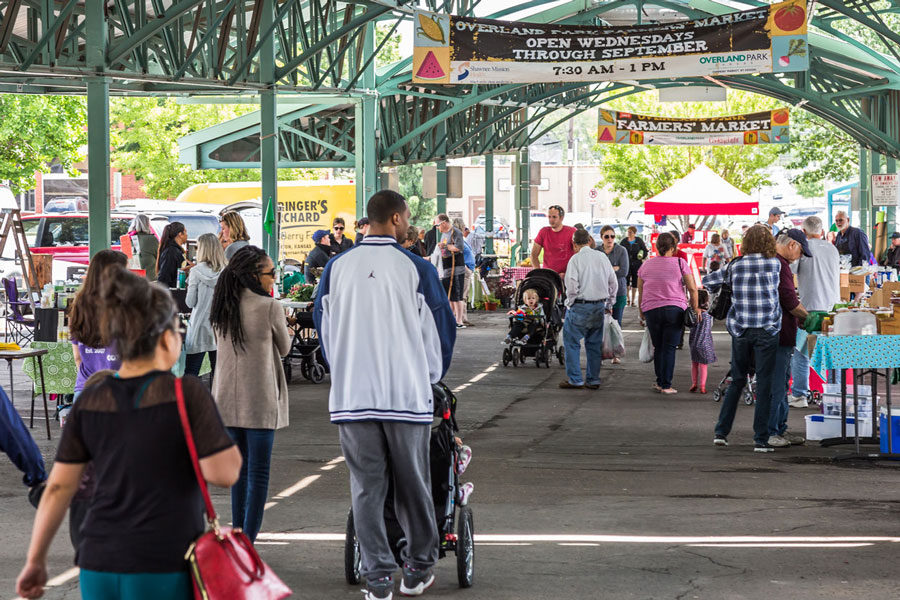 Nearly 50 residents turned out Tuesday night to discuss the future of the Overland Park Farmers' Market downtown, above. The aging pavilion near Clock Tower Plaza hasn't been used for the past two seasons due to the COVID-19 pandemic, and the city has begun the process to take bids to potentially redesign the downtown site. Image via City of Overland Park.

There was also some discussion of whether the market should remain an open-air event, as it has been in its temporary spot at the Matt Ross Community Center parking lot over the last year.

About 45 people turned out at Matt Ross on Tuesday to give their input about a reimagining of the market, which is the latest step in a multi-year process.

Overland Park officials had asked for community feedback on the project, which is intended to upgrade the original pavilion site off Marty Street.

The city also will ask developers for proposals that could involve a partnership with the city.

The attendees on Tuesday spent most of the time sticking up suggestion cards reflecting their thoughts on the ideal farmer’s market.

Many attendees’ cards stressed the need to have a plan for future expansion.

The market, which was originally started by downtown businesses in 1982, has grown over the years into a major draw for the city.

Crowding at the pavilion, as well as the limitations of the open-sided structure at 7919 Overland Park Drive and the slope of the lot, has been a big driver for the redesign.

But there were some differences among the participants on what would be the best overall vision for the market.

Some, like Tim Fitzgerald, said they’d like to see a flexible market building, perhaps with a design that allows protection from the weather and other uses on non-market days.

Fitzgerald, who moved to Overland Park a year ago, lives within walking distance near downtown Overland Park and frequents the market with his family nearly every weekend, he said.

Others suggested adding more ethnic markets and perhaps night markets, or culinary classes and events in nearby parks.

One speaker said the market has value for young professionals and people moving to the city.

“I think that the after-hours and events that are happening not just on Saturday mornings, are going to be the things that make someone (go from), ‘This is a fun place to be for a couple of years,’ to ‘This is where I can settle, this is where there’s something for me all the time, for my family to grow,'” that speaker said.

Others asked that consideration of an open-air market like the one in Des Moines, Iowa, be added to the request for proposals that will go out to businesses.

There was at least one suggestion that Santa Fe Street be closed on market days, so that the market could be open-air, with pedestrian circulation like that on the annual Fall Festival.

Sustainability, and inclusiveness, was mentioned by Claire Sinovic, who also said the next market space should have room for expansion.

Johnathan Subramanian said he was most concerned with accessibility, so the disabled can get around the market. He also said the market should become better known in the southern part of town.

Other suggestions focused on practicality.

Jeanne Mackay, who owns The Tasteful Olive with her husband, Jay, said water fountains or free water should be available so market goers don’t have to buy it.

Mackay, whose store has been in downtown Overland Park for ten years, also has a stand at the market. She and her husband stressed that vendors and businesses should be consulted about the market plans.

Plans for changing the market have been ongoing since a 2017 study listed some alternatives to the aging pavilion.

For a time, the city council explored the idea of moving the market to a nearby park. But that plan was abandoned after heated push-back from the neighborhood.

A decision was made to keep the market at its original site near the Clock Tower downtown, although the public health limitations of the pandemic have caused it to be held at Matt Ross the past two seasons.

The city council will eventually decide whether to go ahead with a plan for a reconfigured market on its own or to partner with real estate developers, perhaps with private property and other uses in the mix.

The community feedback of Tuesday will be included in the request for proposals from developers, who have until Oct. 29 to submit their ideas. 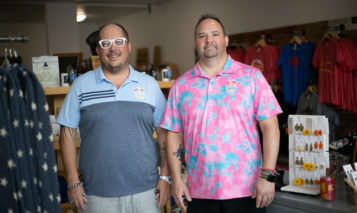 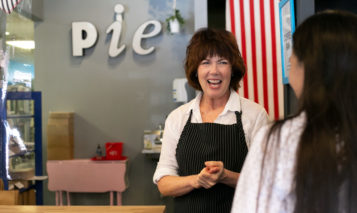