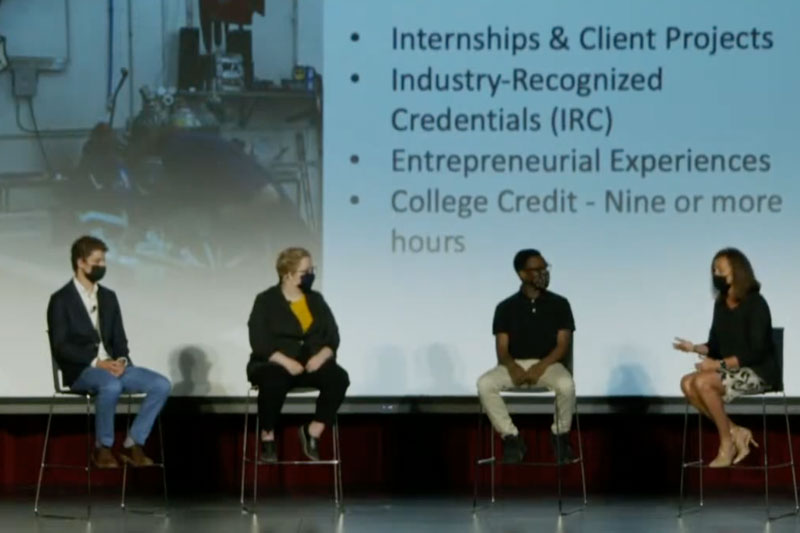 Although the foundation originally planned for an in-person event, it ultimately decided a virtual event was in the best interest of students and the community. The breakfast featured student stories, a Q&A session between students and Superintendent Michelle Hubbard and more.

A video of the event, published to the district’s YouTube, can be found below:

CPC Mortgage Company LLC has closed on a $57 million loan with Launch Development and its affiliate Phoenix III LLC to refinance the Promontory apartment community, a mid-rise apartment building with 291 rental units located in Overland Park.

“We are excited to begin this new partnership with Launch Development. Our mission is to provide capital that helps preserve and revitalize the housing stock of the communities we serve,” said John Cannon, president of CPC Mortgage Company. “We’re proud to work with a company like Launch Development that puts its values forward and is committed to being a good steward of the properties and communities they invest in by developing over 290 units of housing in the Kansas City market. My thanks to our partners at Launch Development, and our thanks to Noah Laredo and Clark Finney of BMC Capital who acted as a financial intermediary on this transaction.”

More details on the deal can be found here.

The award honors individuals “who have made significant, long-standing contributions and commitment to Park University, whether alumni, faculty or friend,” according to a press release.

Linden has served as the game announcer for various Park athletics events since 2006, including basketball, soccer and volleyball games, as well as numerous NAIA national athletic tournaments, according to the press release. He has also been a speaker and advocate for regional and national youth issues such as the Youth/Adult Alliance Against Underage Drinking, Mothers Against Drunk Driving, Turning Resources and Energy in New Directions, Camp Quality, Missouri Association of Peer Helpers, National Association of Teen Institutes and Camp
Fire.

Linden will be recognized at the university’s awards ceremony on Thursday, Sept. 30.