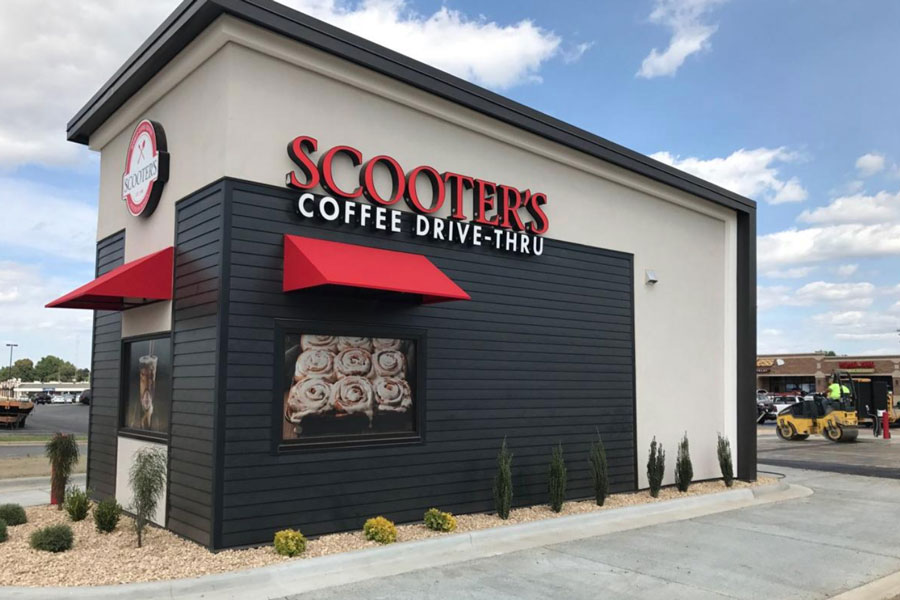 There is an application for a new Scooter's Coffee at the southeast corner of 103rd Street and Metcalf Avenue. Upon approval, the location would open sometime early next year, according to developers. Above, another local Scooter's franchise. Image via Scooter's Coffee.

A new Scooter’s Coffee shop could soon be making its way to Overland Park.

Olathe-based Culaccino Coffee Company, which owns and operates more than 40 Scooter’s locations, submitted an application for a Scooter’s franchise at the southeast corner of 103rd Street and Metcalf Avenue, according to Overland Park city documents.

“We chose this location because we think it’s a vibrant area and we are excited about it,” said Shawn Bouwens of Bouwens Contracting Services, which is part of the ownership group for the new franchise.

The intersection of 103rd and Metcalf is a busy commercial stretch just north of I-435, with a Walmart Neighborhood Market adjacent to the proposed Scooter’s lot, plus Indian Creek Shopping Center across Metcalf.

Bouwens would own and operate the new franchise there, in addition to several other Scooter’s it already runs around the Kansas City area.