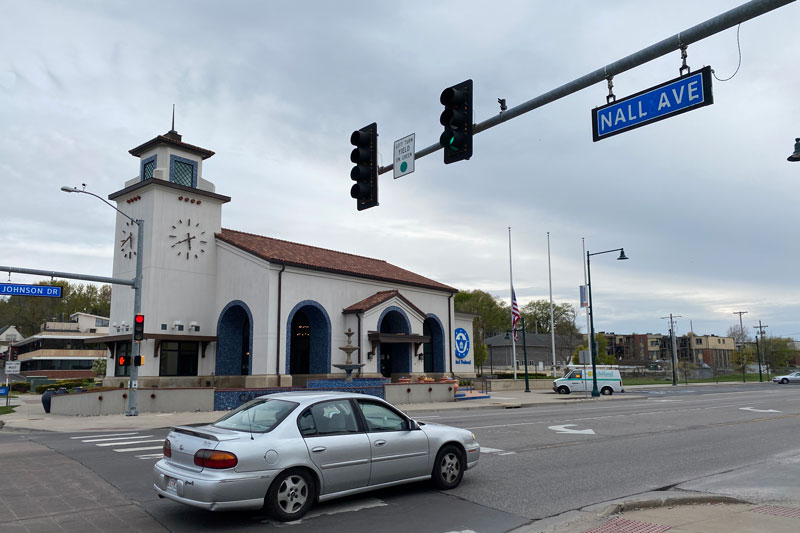 In a mail-in election this month, Mission voters approved increasing the city's quarter-cent sales tax to three-eighths of a cent. The measure passed easily, with 77% of voters approving the increase. The extra funds generated by the higher tax will go towards the city's annual street maintenance program over the next 10 years. File image.

The Johnson County Election Office reports the measure to raise the city’s quarter-cent sales tax to three-eighths of a cent passed with 77% approval.

A total of 1,634 ballots were mailed in between Sept. 1, when the ballots were sent out, and Sept. 21, when they were due. The total number of ballots cast produced a voter turnout rate of nearly 24%.

The city says the sales tax increase will result in an additional $950,000 that will go towards annual street maintenance.

The increase serves as part of the funding for the city’s 10-year Street Asset Management Plan, which in the next 10 years is set to focus on neighborhood streets, according to the city’s website.

At this week’s forum hosted by the Shawnee Mission Post featuring the two candidates vying for Mission mayor, current city councilmembers Arcie Rothrock and Sollie Flora both expressed support for the measure.

“I absolutely support the residents having a voice,” Rothrock said. “And I appreciate the governing body before us for making that decision.”

Well-maintained city streets are an important draw for local businesses, Flora said, and have also been shown to be a top priority for residents in recent polling.

“Another really great thing about about securing the street sales tax is it’s for 10 years, which provides a consistent funding stream,” Flora said. “I think we need to be cautious about our sales tax level, but we also need a balanced funding stream. It can’t be that all of our street repairs are only dependent on our property tax.”

In a July survey, 89% of residents who responded voiced support for continued investment in street maintenance.

City Administrator Laura Smith said both these findings and the city’s own evaluation of its streets is what prompted city officials to put the sales tax issue on on the ballot, 10 years after the quarter-cent levy was originally approved by voters.

“When the sales tax was first approved in 2011, it was an integral part of the overall funding plan for Mission’s comprehensive street maintenance program,” Smith said. “It remains critical to the city’s efforts to improve our overall street and road network.”