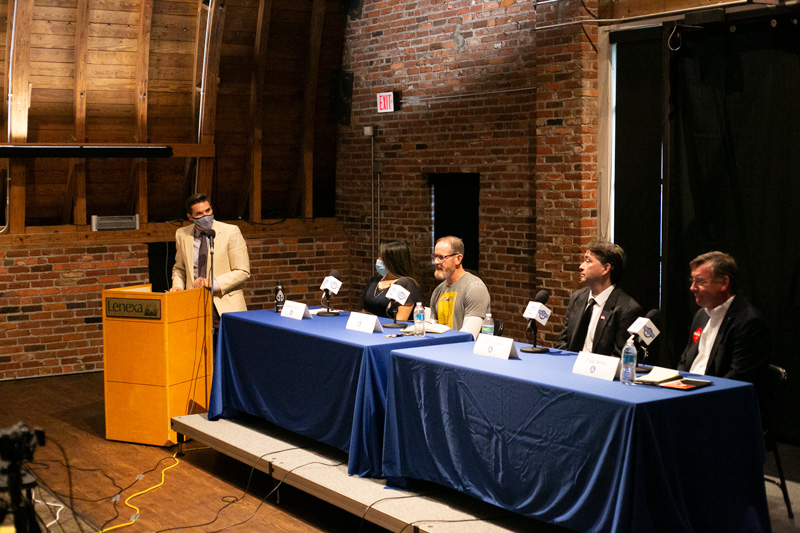 The future of Old Town, attainable housing options and Lenexa’s relatively high mill levy compared to other cities in Johnson Count, were among the variety of topics covered Thursday evening at a Post forum for candidates vying for two contested seats on the Lenexa City Council.

In Ward 3, incumbent Councilmember Corey Hunt is defending his position against Melanie Arroyo.

Meanwhile, in Ward 4, contenders Craig Denny and Scott Callaway are competing for the seat being vacated by outgoing Councilmember Mandy Stuke.

In addition, there are two uncontested city council races in Lenexa. Incumbent councilmembers Joe Karlin of Ward 1 and Bill Nicks of Ward 2 are both the lone candidates on the ballot in their respective wards.