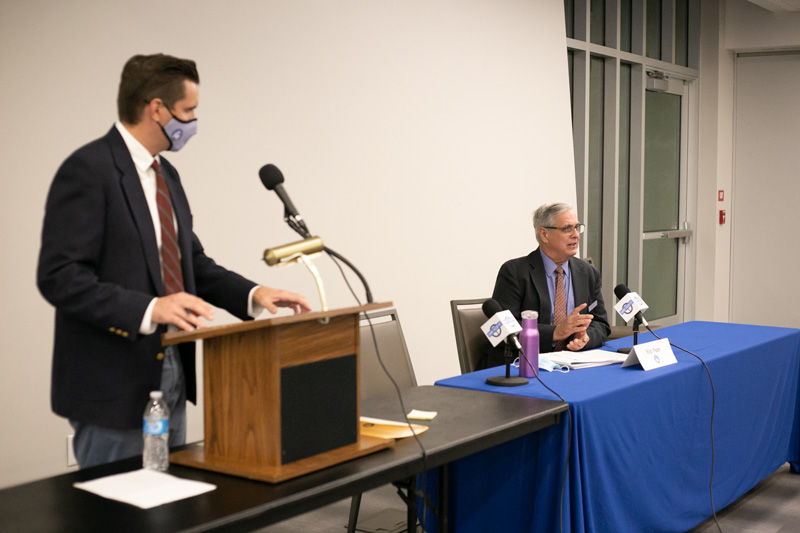 Current Ward 4 Councilmember Bob Pape, who is also the city’s former fire chief, and Angel Lopez III are vying for the mayoral seat being vacated by Ken Sissom.

Pape was first elected to the city council in 2015 and is in the middle of serving his second term.

Lopez did not participate in the forum and did not give the Post a reason for his absence.

The Post live streamed the forum on its Facebook page, and the entire video can be found below.

Here are the questions and the corresponding time stamps so readers can find answers to the quickly: