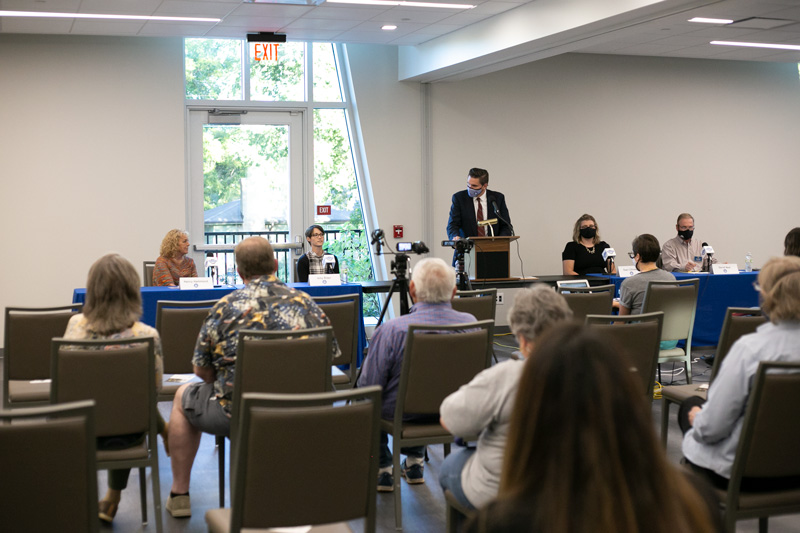 The future of Merriam Town Center, what to do with the decaying former site of K-Mart on Shawnee Mission Parkway and the city’s handling of the COVID-19 pandemic.

Those topics and more were covered Wednesday night in the Shawnee Mission Post’s forum for candidates vying in two contested races for Merriam City Council.

In Ward 2, retired horticulturalist Nancy Hammond and Starbucks manager Amy Rider are contending for the seat being vacated by Councilmember Brian Knaff.

In Ward 4, incumbent Councilmember David Neal is facing a challenge from Staci Chivetta, who has served on multiple city boards and unsuccessfully ran for the city’s other Ward 4 seat two years ago.

In addition, there are two uncontested city council races in Merriam.

In Ward 1, Jacob Laha is running unopposed to fill the seat being vacated by Councilmember Scott Diebold. And in Ward 3, Councilmember Christine Evans Hands faces no opposition.