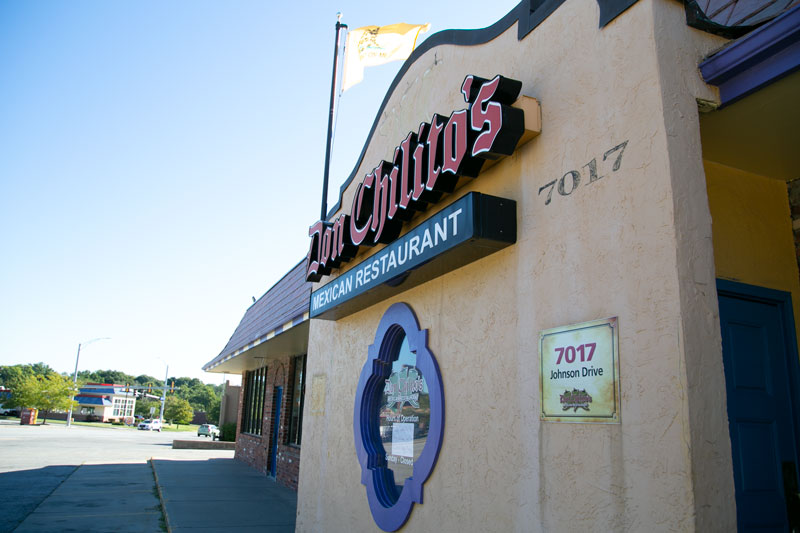 Don Chilito's Mexican Restaurant, 7701 Johnson Drive, is closing on Dec. 11, according to a Facebook post. Owner Barry Cowden is retiring after the 50-year run.

Don Chilito’s Mexican Restaurant, 7017 Johnson Drive, has announced it will close for good on Dec. 11.

The Mission restaurant, known among other things for its smothered burritos, made the announcement on Facebook Tuesday.

After 50 years of operating the Mexican restaurant, owner Barry Cowden is retiring, according to the announcement.

“It has been a great run and we want to thank our many loyal customers, all the great employees, our suppliers, and all the friends we have made over the past five decades,” the Facebook announcement read. “To our Don Chilito’s family…thank you, thank you, thank you! We have valued the last 50 years and will cherish the last few months.”

Don Chilito’s did not immediately respond to the Post’s requests for comment for this story.

Some said that they’re already planning to eat at Don Chilito’s while they still can.

Others reminisced about visiting the restaurant when they were in middle or high school, and their first encounter with Don Chilito’s.

Many of those customers remained loyal, and have enjoyed Don Chilito’s for decades.

One customer, Joel Little, commented on the Facebook post that even though he’s only 46, he’s been eating at Don Chilito’s for 47 years.

“My mother, when pregnant, absolutely CRAVED your food and would eat there twice a week. It was her most favorite restaurant ever and has been one of my favorites and my family’s favorites as well,” Little’s comment reads. “Here is to a GREAT run Don Chilito’s! They say all good things come to an end. I have to say, this end makes me sad!”

Last year, the restaurant garnered some attention for refusing to comply with Johnson County’s mask mandate.

Cowden told 41 Action News at the time that he felt the order violated his civil liberties and he cast doubt on masks’ proven effectiveness at limiting spread of the disease.