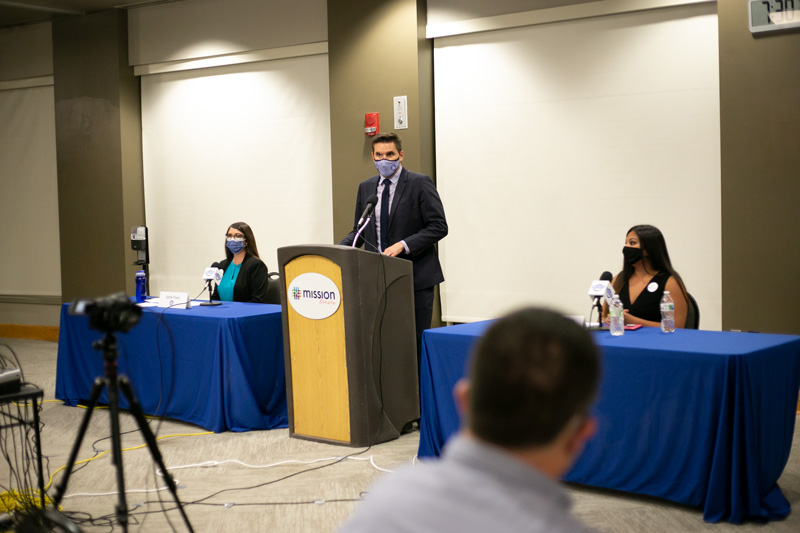 Councilmembers Sollie Flora (left) and Arcie Rothrock (right) are facing one another to become the new mayor of Mission. Current Mayor Ron Appletoft is stepping down. Above, Flora and Rothrock participate in the Post's 2021 general forum on Tuesday night, moderated by Editor Kyle Palmer (center). Photo credit Leah Wankum.

There are five candidates running to fill the seats being vacated by both Rothrock and Flora.

The Post live streamed the forum on its Facebook page, and the entire video can be found below.