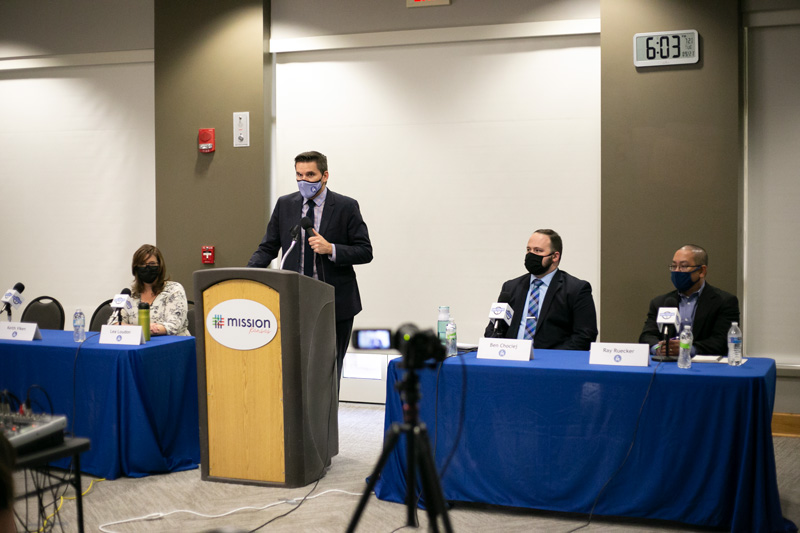 Readers wanted to hear the candidates’ thoughts on what to do with the still-unfinished Mission Gateway site, whether they supported raising the city’s sales tax to pay for road improvements and whether they agree with Mission’s approach to mitigating the impacts of COVID-19, among many other topics.

In Ward 2, the only candidate to attend Tuesday was Lea Loudon, who currently works in the social work field and has been a member of the city’s Capital Improvement Program Committee.

The other two candidates in Ward 2 — Joe Donaway and Keith Viken — did not participate.