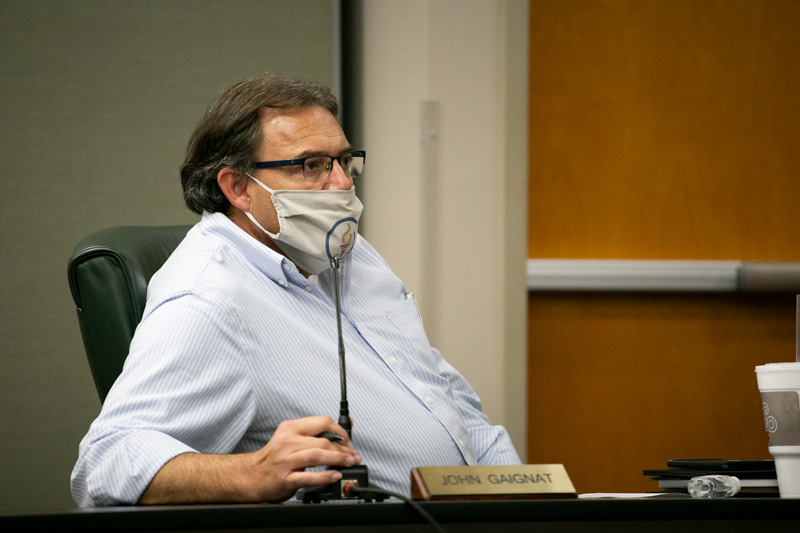 USD 232 school board member John Gaignat has withdrawn from the race to seek re-election to the board.

Instead, Gaignat says he is endorsing and pledging his support to Calley Malloy, a candidate seeking election to District 5 for the USD 232 Board of Education.

Gaignat announced his withdrawal from the race earlier this month, noting that he will not actively pursue re-election, though his name will still appear on the Nov. 2 ballot.

“It’s been my honor to serve in Position 5 on the USD 232 school board these past four years,” Gaignat said. “After a lot of soul searching, it has been my decision to withdraw from the re-election.”

In his announcement, Gaignat encouraged voters to support Malloy’s candidacy.

“After meeting with and talking to Calley, I realized that our views and hopes for the future of the district were the same,” Gaignat said. “My kids have already graduated from high school and gone on to college, so I feel it is time to pass the baton to Calley.”

Because Gaignat withdrew from the race after the filing deadline, his name will remain on the ballot as the incumbent member for District 5.

Malloy said she was honored to have Gaignat’s support.

“John has served our community faithfully for years and we are honored to build on his legacy,” Malloy’s campaign wrote in a press release. “While his name will remain on the ballot, he is asking his supporters to join our campaign. Thank you John!”

A product of public education, Malloy works in hospice care. She and her husband have two sons, according to her campaign website.

“The decision to seek this elected position is not just important to me, but is important to my family as well,” Malloy said. “My oldest of two children has entered the public school system this year — this has become very relevant for me. Children make up one-third of our population, but count for 100% of our future. We owe it to them to elevate our discussions.”

Amy Parker, a USD 232 parent and former speech pathologist, is also running for the Position 5 seat.

On her campaign website and in other campaign-related material, she has voiced opposition to USD 232’s mask requirement and said she got into the race because “she felt like student and parent freedoms were being ignored and it was time to speak up.”