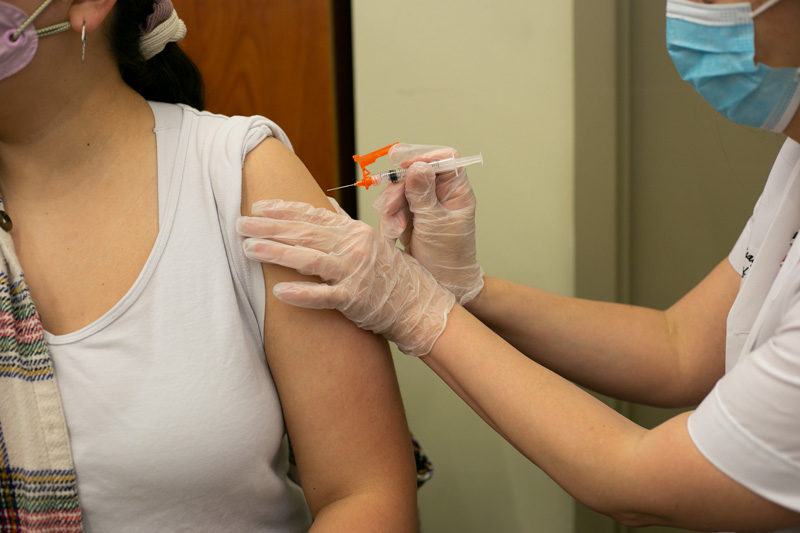 The group Kansans for Health Freedom says it is charging $89 per ticket for admission for the event, which is reportedly taking place at a Lenexa church. The event's lineup of speakers includes former Kansas Secretary of State and current Attorney General candidate Kris Kobach. File image.

An anti-vaccination group is hosting what it calls a “freedom revival” in Johnson County on Monday.

The all-day event is being put on by Kansans for Health Freedom, which identifies itself as a nonprofit that aims to “defend and achieve health freedom regarding medical procedures, especially vaccinations.”

The group is charging $89 per ticket for admission. The event’s lineup of speakers includes former Kansas Secretary of State and current Attorney General candidate Kris Kobach.

Though the group has not publicly identified the location of Monday’s conclave, the Kansas Reflector reports it is set to happen at a Lenexa church.

According to the CDC, 54.6% of all Kansans are vaccinated against COVID-19. In Johnson County, 62.8% of all residents have been vaccinated.

Nearly every county in the state remains in an read of high transmission, according to the CDC.

After publishing “Sharice’s Big Voice: A Native Kid Becomes a Congresswoman” a children’s book, U.S. Rep. Sharice Davids will soon participate in the 2021 National Book Festival, according to a press release.

Hosted by the Library of Congress, the National Book Festival is “the nation’s premier literary festival,” according to the release. Davids is one of five children’s book authors who is participating in a live Q&A session on Sept. 26.

Additionally, Davids appeared in one of the festival’s on-demand videos released on Sept. 17. That video can be found online here.

Mission works toward 70 trees to celebrate its 70th anniversary

The city of Mission is trying to plant 70 trees in honor of its 70th anniversary as a city this year, according to Mission Monthly.

So far, the city has planted 58 trees. The parks, recreation and tree commission set the goal, and the city is seeking residents and business owners who might be able and willing to plant a tree on their property to meet the mark.

For more information, contact Penn Almoney, parks and recreation director, via email at palmoney@missionks.org or via phone at (913) 722-8210.

The city of Westwood is partnering with YARD & Company, Mid-America Regional Council, Bike Walk KC and Trekk Design on a Reimagine 47th Place project, according to Westwood Buzz.

It will end with a street festival on Sept. 22.