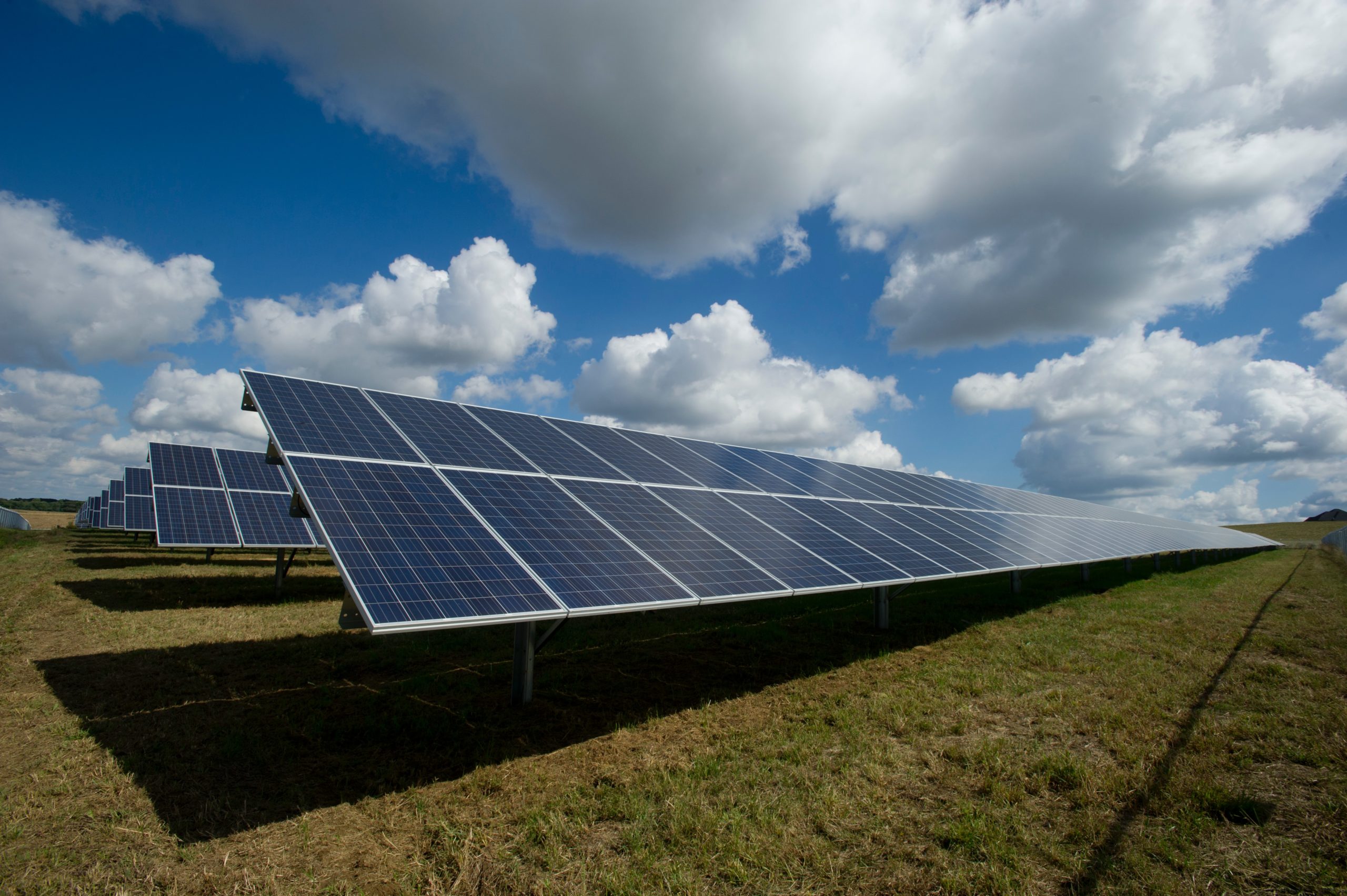 Florida-based NextEra Energy is proposing to build what would be Kansas' largest solar installation on roughly 2,000 acres in southwest Johnson County, near Gardner. In a public hearing this week, some nearby residents said the site of an abandoned munitions plant near De Soto may be better suited, since its further from public view. Above, solar panels. Photo via Unsplash.

A solar farm proposed for the western part of Johnson County and into Douglas County would be better placed at the old Sunflower Army Ammunition plant near De Soto, where it would be far from view, say some people who are objecting to the plan.

About a half dozen people enthusiastically applauded that and other objections to the solar energy installation during a special county planning commission meeting earlier this week.

“If you all feel like you have to do this in the name of progress or clean air or global warming, do it on land that has already been abused like the Sunflower Ammunition plant,” said Mike Young, of Edgerton.

Like some of the others who are against the solar proposal, Young said it is inappropriate for the rolling hills, woods and streams of the county.

The meeting was one of several the planning commission is holding as it considers how to regulate the new but growing industry.

County planners were spurred to action on solar farm regulations earlier this year when they were approached by Florida-based NextEra Energy, whose officials hope to put a utility-capacity installation of solar panels on around 2,000 acres of land outside Gardner.

That would make what has been dubbed the West Gardner project the largest solar array in the state of Kansas, which has lagged behind other states in developing solar facilities.

The estimated $320 million project is still taking shape, but some landowners have already signed contracts to clear way for development.

The location in the southwest corner of Johnson County was chosen in part for its location near the West Gardner substation.

NextEra says the solar farm could be online as early as 2023 and could generate up to 320 megawatts of power. In comparison, Kansas’ current statewide solar capacity is about 88 megawatts, according to the Solar Energy Industries Association.

Still, vehement opposition to the project remains among some residents.

Another speaker at the planning commission meeting this week, Sharmin McCollum of Gardner, compared the struggles of neighbors opposed to the burgeoning solar farm with revolutionaries living under the tyranny of the king of England.

“We live in the country for a variety of reasons,” she said, citing the beauty of nature and the quiet life. “If we wanted the noise and the filth and all that. we’d live in the city.”

The solar panels will “plunder, ravage and destroy” the country peace, she continued.

McCollum then said she believes the panels could cause a rise in local temperatures by creating a so-called “heat island” effect, similar to what happens in urban areas that have lots of asphalt and pavement.

“Supposedly this will be green,” McCollum said. “The only green that’s going to happen here is the green that is lining the pockets of the people who will get money.”

A consultant at the hearing disputed the heat island objection.

Darren Coffey of the Virginia-based Berkley Group, which the county has been working with to come up with solar regulations, said solar collection panels are built to absorb, not reflect the sun’s energy and he knew of no scientific evidence that had concluded they can cause heat islands.

Not everyone at the commission’s hearing was opposed to the solar project.

Elaine Giessel of Overland Park called in representing the local Sierra Club, and asked planners to take nearby park areas like Kill Creek Park, into consideration when they set rules on buffers.

William Wilkins of NextEra also spoke, saying solar will add property tax revenue to the county. But he also said some rules being considered to screen solar panels from view are too restrictive.

The energy company has proposed the series of ground-mounted panels that might not necessarily be contiguous to one another.

Still, before anything gets built, county planners will have to come up with rules for such things as duration of the permit, maximum panel coverage of the area, setbacks and distance from a municipal boundary.

Those items are far from settled. The commission will continue to study the question at its next meeting Sept. 28.