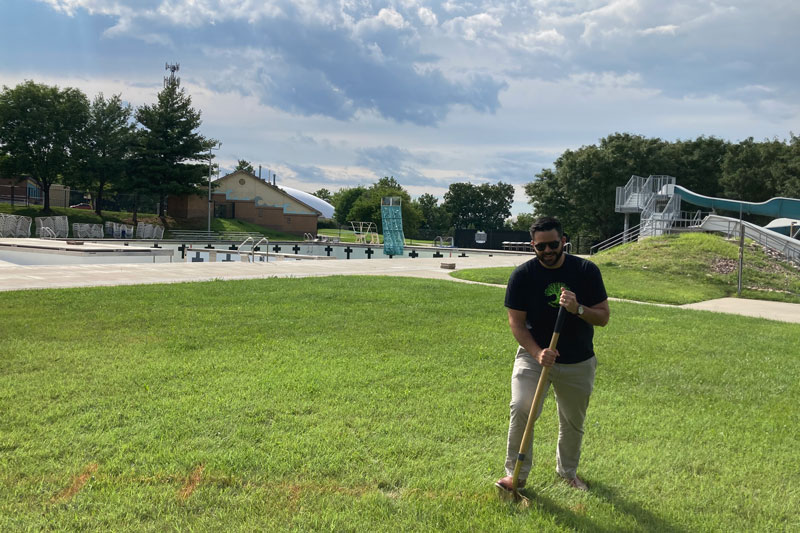 Roeland Park Mayor Mike Kelly is a nominee in The Pitch's "Best of Local Politicians." Above, Kelly is at the R Park ground breaking last summer. Photo courtesy the city of Roeland Park.

Roeland Park Mayor Mike Kelly has recently been nominated for The Pitch’s “Best of Local Politicians.”

Each year, The Pitch asks readers to nominate and vote for “The Best of Kansas City.” There are hundreds of categories all within the following groups: goods and services, food, drhink, health and fitness, shopping, arts and entertainment, people and places, barbecue, sports and recreation, Lawrence and weddings.

Votes can be cast through the end of September, online here.

Hops and Barley to host CASA event on Sept. 19

Hops & Barley is hosting a benefit for Court Appointed Special Advocates of Johnson and Wyandotte Counties on Sept. 19, according to a press release.

From 3 p.m. to 7 p.m. at the Lodge at Ironwoods, 14701 Mission Road, Hops & Barley is offering beer and wine tasting, food, live music by Nick & Anna, a wine pull, yard games, a silent auction and more. Funds raised will go to CASA.

The Mission Business District’s fall sidewalk sale is on Saturday, Sept. 18 from 10 a.m. to 4 p.m.