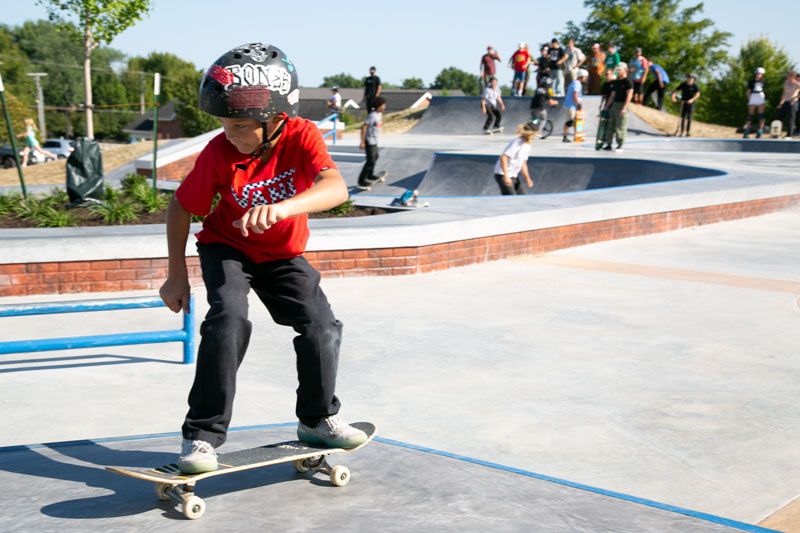 Skaters, young and old, are enjoying the revamped Harmon Park skate park in Prairie Village. The city held an official ribbon cutting ceremony on Wednesday, Sept. 15, to formally welcome the skate community, though city staff says the park has been packed since it opened on Sept. 10. Photo credits Juliana Garcia.

After a summer of reconstruction, the new and improved park welcomed skaters from across the Kansas City metro on Wednesday, Sept. 15, to celebrate the opening.

The concrete from the original 2005 park — which was created with the help of then-eighth graders Jake Shepard and Andy Peterson — had been deteriorating for years, and the city decided to work with Canadian firm Newline Skateparks to design a new one.

Russell said being present at the ribbon cutting allowed him to “be in the trenches” and get feedback from the local skate community.

So far, Russell said feedback has been positive. (City officials say skaters have been coming to the park since last week.)

Russell added that some commenters in the Kansas City skate community online are calling the new Harmon Park skate park the best in the metro.

Below is a look at how skaters — and onlookers, including Prairie Village officials — took in the park at its official grand opening Wednesday.