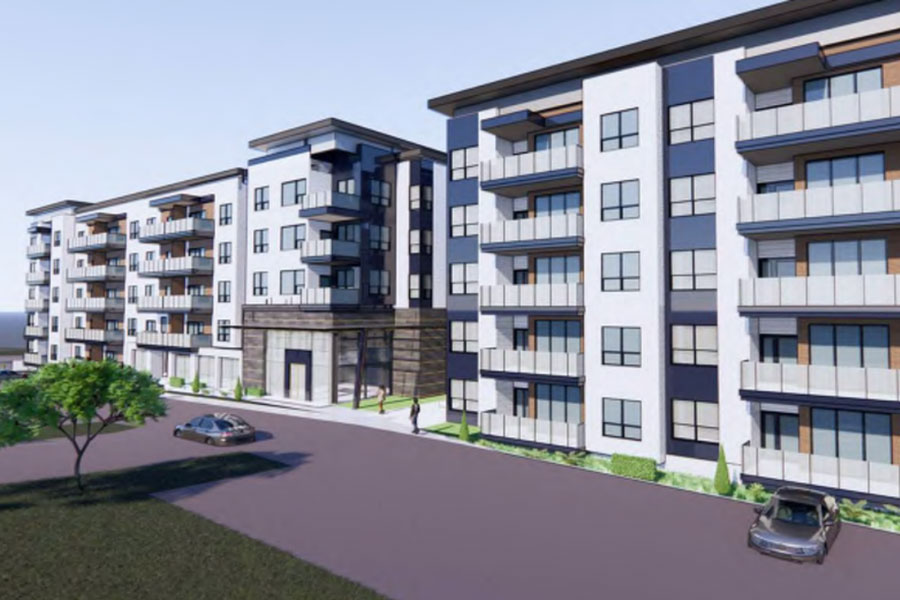 Concern over a proposed senior living apartment complex brought many neighbors from the surrounding area to the Overland Park Planning Commission meeting Monday. With the project rezoned, the complex would be able to build three buildings ranging from five to six stories. The change would also allow a total of 236 units, instead of the original 104. Above, a digital rendering of the finished apartment complex.

Developers of LUX Senior Living apartment, set to be built on the northwest corner of 137th Street and Quiviria Road, presented their request for the lot to be rezoned from RP-5, which allows up to four-story buildings, to RP-6.

Under that new designation, the complex would be able to build three buildings, ranging from five to six stories based upon grading.

The change would also allow developers to more than double the number of units on the 5.9-acre property, from the original 104 units to 236 units.

The additional one to two stories was the primary concern raised Monday by the residents, who live in two neighborhoods near the proposed complex.

One resident, Gerald Hiller, said he and his wife did their research before they bought their home in April 2019, and they were pleased that the surrounding area would be developed to the previous standard limiting structures to three stories.

“So we were quite surprised when we learned just a few weeks ago about the RP-6 proposal,” Hiller said. “The site elevation is going to kind of give us the ‘castle on the hill’ effect, where the new building will clearly dominate the landscape.”

Height was not the only concern brought up by the residents, though. Many expressed unease with potential traffic issues caused by the additional 132 units that would be added if the expansion was approved.

A traffic study conducted prior to the meeting found the complex would not impede traffic in the area, but several residents disputed that.

The study was done based on the apartment falling under the senior living category, said Kevin Berman, a partner at Leawood-based design firm Hoefer Welker, who represented the project applicants.

The majority of the clientele, Berman said, was expected to be seniors, many potentially retired.

But that did seem to appease some residents, who pointed out the complex will technically not have age limits.

“The younger population is a possibility. If you wind up with younger two-income families, the traffic is going to be substantially higher,” nearby resident Gary Smith said. “Even if half of the 400 people in that complex still have jobs, you’re going to have closer to 200 cars in that peak traffic hour.”

Another concern neighbors expressed during the public hearing had to do with flooding.

Another study was done to evaluate the environmental impacts the complex would impose. The study found that flooding would not be an issue as the majority of the site drains west into a tributary of Tomahawk Creek.

Again, many of the neighbors took issue with that.

“It may not be an issue for that creek, but just down the hill, about 1,000 feet, all of that creek water goes into Indian Creek. And when we get heavy rain it does flood,” Smith said.

Instead of voting to approve the rezoning, the board voted for a continuance and plans to take up the subject again at the commission’s Oct. 11th meeting in order to give the applicants time to address the height and traffic concerns.

“I have a concern over the height of the building myself,” Commissioner Kip Strauss said “I think it’s out of place and out of character, and I don’t think that’s fair to the neighborhoods that have invested in this area.” 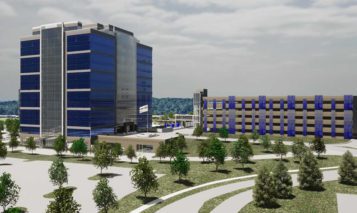