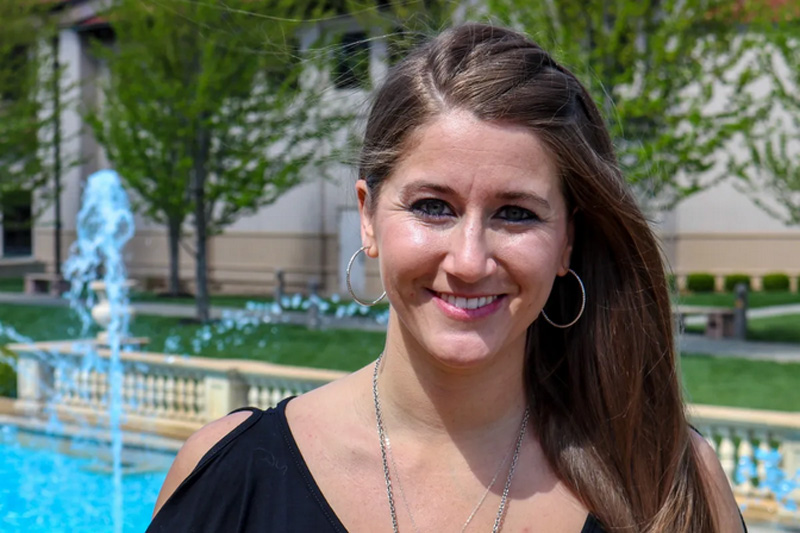 USD 232 school board candidate Crystal Duke answered the Shawnee Mission Post's questions about a Missouri judge's recent ruling against her in a child custody case in which the judge called Duke "not credible" and also expressed confusion about Duke's residency in De Soto. Duke says she is now permanently residing in De Soto with her new husband and his family. Image via Crystal Duke's campaign website.

Why am I seeing this story? The Shawnee Mission Post believes it is the job of a community news organization to help voters make informed choices about who will be representing them on local government bodies.

School board members oversee the education of thousands of children in USD 232. For that reason, we believe many voters would want to be aware of Crystal Duke’s loss of custody of her daughter and to hear her explanation for what led to the judge’s ruling. The Post also is calling attention to issues of credibility raised by the judge because credibility and trustworthiness are often major factors for voters when considering who to pick.

The Post asked Duke to respond to these issues in order to better understand her campaign for School District Member 4. We are choosing not to include a copy of the judge’s ruling in order to protect the privacy of other parties involved.

The outcome of a court case in Missouri this summer has raised questions about a USD 232 school board candidate’s credibility as well as the depth of her ties to the De Soto community she’s running to represent.

In his ruling, Howell characterized Duke’s answers to the court’s questions about her living situation in Johnson County and current marital status with a new partner as “unintelligible” and wrote that Duke was “not credible.”

“[The] court does not make such a bold declaration without immense evidentiary support,” Howell wrote.

In court testimony in December, Duke indicated that she had gotten remarried in November 2020 and established residency with her new spouse in De Soto at that time.

She later acknowledged to the court that she and her partner had not gotten married in a traditional sense but had held a “celebration of love ceremony” in early November.

In an interview with the Shawnee Mission Post this month, Duke said she and her partner are now considered legally married under Kansas law, which validates common law marriage.

Kansas is one of a handful of states to recognize such common law marriages, which allow two consenting adults to be legally married simply by declaring as such. No license or minimum period of cohabitation are required.

In addition to the issues with her account of her marital status and residency, Howell, a former prosecutor appointed to the Cass County Circuit Court bench in 2018 by former Missouri Gov. Eric Greitens, raised other issues in ruling against Duke.

Howell deemed Duke’s multiple allegations of abuse made during court testimony against her ex-husband to be “uncorroborated by any credible evidence” and that her daughter’s counselor “contradicts the Mother’s allegations.”

The opinion also notes the determination made by two court-appointed experts that Duke’s “diagnosed personality disorder has made effective co-parenting difficult.”

In an interview with the Post, Duke said her recent loss of custody of her daughter should have no impact on voters’ assessment of her as a viable candidate in De Soto.

“Should it affect my candidacy? No. Could it? Yes,” Duke said. “There has been a lot of fraud in that [custody] case, and we are in the process of taking down family court corruption, so on my part, it’s nothing that I’ve personally done. I haven’t done anything. I’m actually a victim in this, and so is my daughter. It’s a very sad story, and we are just in the process that…wrongs are made right.”

Duke said pro bono counseling work she has done speaks for itself, as well as those who know her and have helped her along the way.

Additionally, Duke cited certifications she has earned through the Gottman Institute, a marriage counseling and therapy program, and work she has done towards gaining another certification through Kansas City-based Calvary University, formerly Calvary Bible College, for counseling mental health.

She said she also offers pro bono mental health counseling for people who cannot afford it.

“I’m very passionate about youth and have been since college, and I also think that if people do their due diligence and research to see that there is family court corruption, I think that mitigates any concerns about me in that area,” Duke added. “And I think from there, people can reach out on their own and speak to me individually. I’m happy to get to know people in the community and start building some bonds with the parents in the community.”

Duke’s campaign website says she and her husband live in De Soto “with their five children. All five of her kids attended USD 232, three have graduated and two of them are currently enrolled.”

Duke acknowledged that four of the children she references on the website are stepchildren from her common-law marriage with her new spouse. Duke said the fifth child living with the couple is legally an adult, but someone who has been under Duke’s care.

Duke also said her relationships with her new family in De Soto have deepened her investment in the district and spurred her bid for school board and that there is no longer any question as to her residency in Johnson County.

A check of property records shows that the address Duke says she has resided at since last year is within the boundaries of the Member 4 seat on the De Soto school board she is seeking.

Johnson County election officials confirmed there is no length of residency requirement for school board candidates, but they must be registered to vote in the jurisdiction for which they are seeking office.

A check of voter registration records conducted by the Post did show that Duke is registered to vote at the De Soto address she has resided at since 2020.

She said she has helped her new husband and stepchildren navigate the last school year and all of its unique challenges, particularly with changing learning environments, COVID-19 protocols and quarantines.

“That really came into play during shutdown as I realized the kids, not just in our house but in other homes as well, were very, very much struggling just with the whole enchilada,” Duke said. “So my vested interest is that the kids are going to have a better year and that boundaries and things of that nature are going to be handled more eloquently for our kids.”

Campaign for mental health and freedom of choice

Duke bases much of her campaign on what she calls “freedom of choice” for parents, particularly in the area of health decisions for their children and the choice to wear masks at school. Currently, USD 232 requires universal masking in its facilities.

“I don’t agree with mandating health things when I’m not a health care professional,” Duke told the Post. “That’s just not what we’re here for.”

If elected, she says she would also like to focus on “empowering parents and families to make informed decisions” and to keep that ability with families.

She is opposed to districtwide mask mandates because she believes it’s “a bad boundary” for the district to cross.

“The school board are not health care professionals, and I think that’s why we’re having an all-out war: Because we’ve breached something that was never meant to be on the plate as a school board decision,” Duke said.