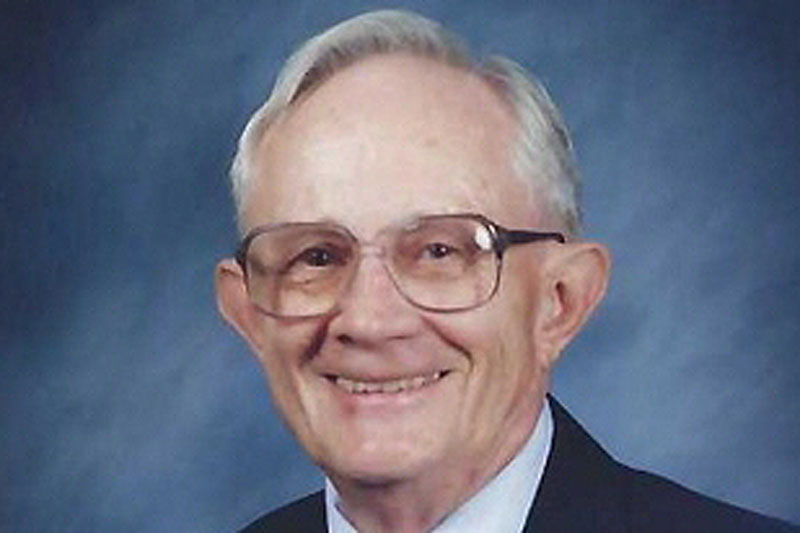 William "Bill" Mullarky, a former Prairie Village councilmember and a beloved youth football and baseball coach, died on Aug. 18, according to his family. He was 96 years old. A service for Mullarky will be held at Village Presbyterian on Saturday, Sept. 18. Photo via Amos Family Funeral Home.

William “Bill” Mullarky, a former Prairie Village councilmember, died on Aug. 18 at 96 years-old, according to his family.

Mullarky served on the city council from 1964 to 1967 as the Ward 6 councilmember but may have been more well-known for his years helping lead a Prairie Village Boy Scout troop and coaching youth sports.

City Administrator Wes Jordan said Mullarky also served as a member of the police department’s civil service board and helped interview Jordan for a police officer position in 1988.

Jordan said Mullarky “was quite the character, quick-witted, a good sense of humor and cared deeply about Prairie Village.” Additionally, Mullarky played a role in “important stones in [the city’s] foundation that we continue to build upon,” Jordan said.

“Although Bill has been retired for several years, his influence is still evident in some of the senior employees still serving today,” Jordan said. “Bill was so very proud of Prairie Village, and he was certainly a contributor to where we are today. We are certainly going to miss him and all that he was to our community.”

Mullarky’s son, Tim, told the Post via email about the decades his father’s deep connection to Boy Scouts.

Bill Mullarky himself as a teenager achieved the rank of Eagle Scout, scouting’s highest honor, and as an adult, he went on to serve as a leader in Troop 91 in Prairie Village.

Mullarky received numerous awards for his time in scouting, including the Silver Beaver, marking 20 years’ service.

Tim said everyone knew his dad, especially since he also coached youth sports teams for years. He would coach up to three youth baseball teams some summers, Tim Mullarky said, and also coached his grandsons’ football teams.

Bob Stirton, a Shawnee Mission North alumni, posted on Facebook  a remembrance of Mullarky. Stirton said that he played on a summer baseball team with SM East students that was coached by Mullarky.

“We were managed/coached by an absolutely wonderful man, Bill Mullarky,” Stirton’s post reads. “He was extremely giving and treated everyone with kindness. I found out a few hours ago that Mr. Mullarky recently passed away. He made a large impression on my life.”

Mullarky is survived by his three sons, Daniel, Tim and Matthew, along with Matthew’s wife, Kathi Mullarky, and three grandsons. Mullarky’s wife of 66 years, Beverly, died in July 2020.

A service for Mullarky is scheduled at Village Presbyterian Church on Saturday, Sept. 18 at 10:30 a.m.