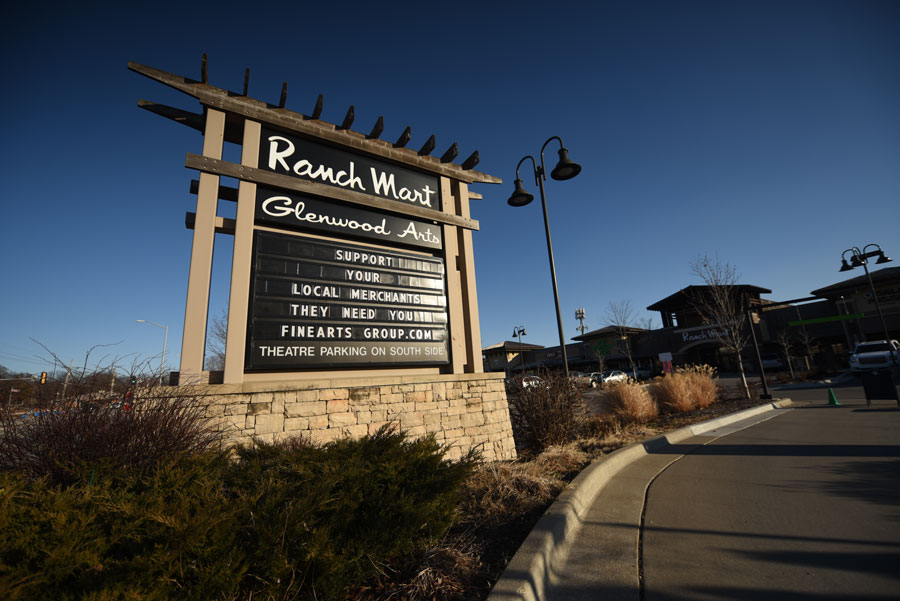 Except for a brief time last fall when it was open to limited capacity, the Glenwood Arts Theatre in the Ranch Mart South shopping center, has been closed since the start of the pandemic in March 2020. I've got regulars who have asked me to personally call them back whenever we do open, so I believe we're gonna have a good turnout," Fine Arts Group General Manager Stephanie Maitri said about this coming weekend's grand reopening. File photo.

Glenwood Arts Theatre will reopen this weekend after being closed for the last year-and-a-half due to the COVID-19 pandemic.

Located at 3707 W. 95th Street in the Ranch Mart South shopping complex, Glenwood bills itself as one of the last venues in the Kansas City metro showing independent and local films.

It has been a part of the Overland Park community at various locations for almost 40 years.

“We’re excited to reopen, and we’ve really missed out customers,” said Brain Mossman, co-owner of the theater. “We want to assure everyone that the popcorn will start popping again soon, and the show will go on in a safe environment, keeping the health of our guests as our primary concern.”

For now, the theater will only be open Friday through Sunday every week.

There will be limited seating in each auditorium in order to allow for social distancing.

Private theater rentals will be available as well, according to a news release.

In addition to physically distanced seating, several COVID safety precautions will be in effect, Mossman said, including:

In addition, guests will be required to wear face masks at all times unless actively eating or drinking.

The Fine Arts Group, which owns and operates the local theater, temporarily closed the building back in March of 2020 as local spread of COVID-19 began.

“I’m getting daily emails, daily phone calls, and I have been for a year. I’ve got regulars who have asked me to personally call them back whenever we do open, so I believe we’re gonna have a good turnout,” Maitri said.

Tickets will go on sale Wednesday, Sept. 15 and range in price from $8 for matinees to $11 for evening showings.

The second cinema location owned by the Fine Arts Group, The Rio, near downtown Overland Park, is a single-screen theater which will reopen at a later date, company officials say.