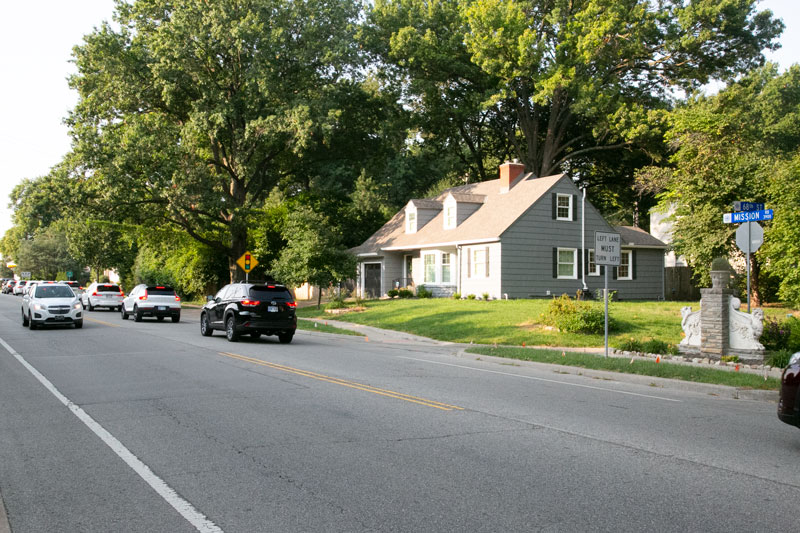 The projected cost of Prairie Village's Mission Road flood control project is going up by $1.1 million after city staff and a contractor discovered the need for additional work. Above, the intersection near Mission Road and 68th Street, which flooded in summer 2017, resulting in about five feet of water on Mission Road and nearby homes flooded. Photo credit Juliana Garcia.

The city of Prairie Village’s Mission Road flood control project near 68th Street is going to cost more than anticipated.

Why it matters: The city kicked off efforts to control flooding on Mission Road after the summer of 2017, when flooding resulted in more than five feet of water on the thoroughfare. Nearby residents’ homes flooded, and the city launched a preliminary engineering study a year later.

The proposed solution is to raise Mission Road by nearly 5 feet, a project that the city launched in February with approval of an initial design contract. City staff expects construction to begin in summer 2022.

The cost increase: After starting the planning process in February, the city and contractor Affinis Corp., an Overland Park-based engineering firm, discovered a retaining wall will need to be installed to further help with flooding concerns.

This, along with other factors, has resulted in a $1.1 million cost increase. Overall, the projected cost of the flood control project is going up from $2.5 million to $3.6 million, according to city documents.

The city is receiving funding for this project through Johnson County Stormwater Repair Management program, which matches 50% of the cost. The cost of the project to the county will  automatically go up with the project’s overall cost increase.

Key quote: “Thanks for hanging in there for five years to get this plan up and going,” Councilmember Jori Nelson said. “I know [residents] are looking forward to it being completed so their homes don’t flood every time there is a significant rain.”