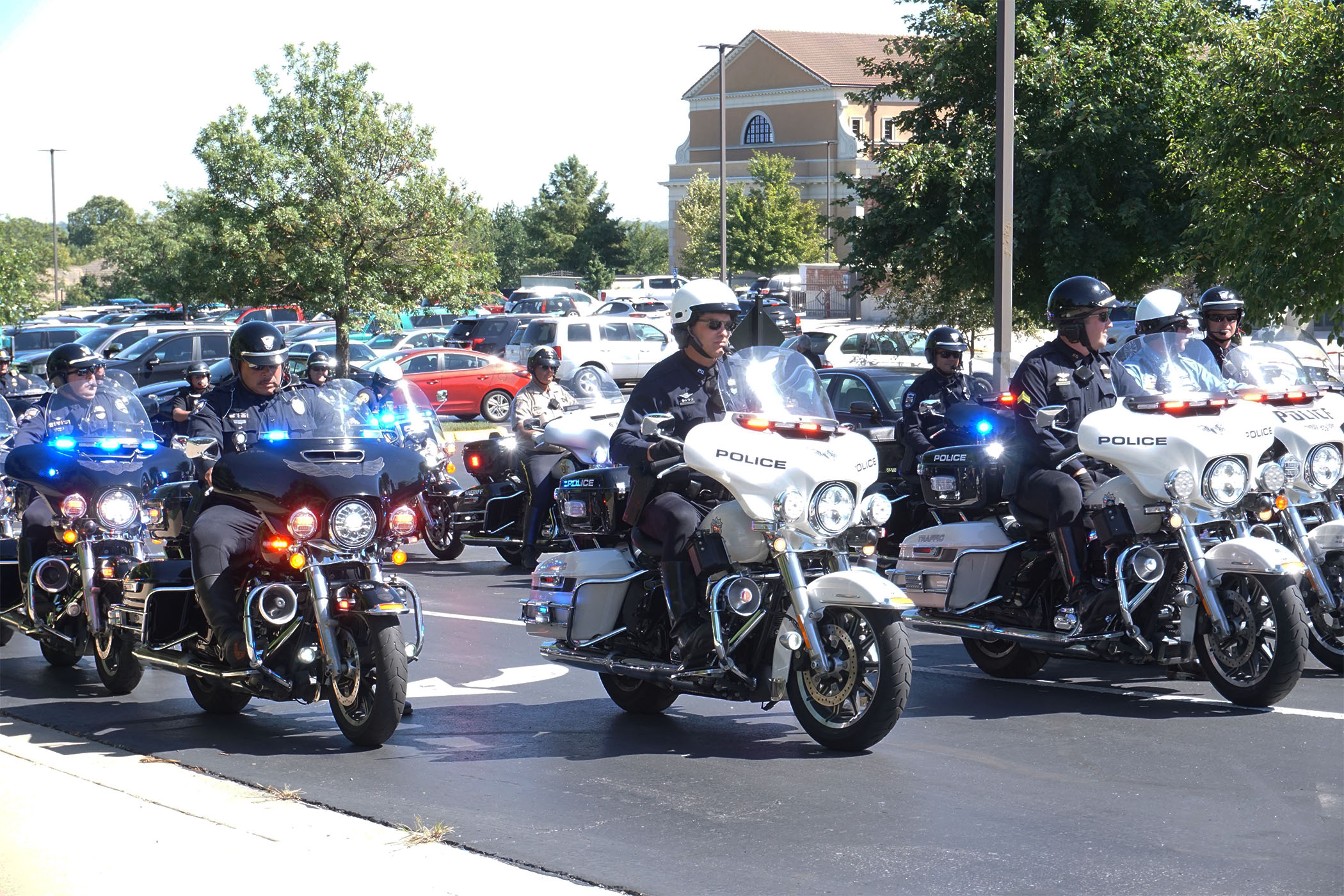 Overland Park Police Officer Freddie Castro was escorted to his final resting place in a procession led by dozens of his fellow officers Wednesday afternoon. Castro, who joined the police force in 2019 died last month at the age of 23 after falling ill with COVID-19. Photo credits Nikki Lansford.

Castro died last week from COVID-19 after spending more than a month in the hospital on a ventilator.

Patty Becka, a member of St. Michaels, came out to watch the procession leave the church.

“I have a great deal of respect for law enforcement, and it’s just tremendously sad to me that we’ve lost another young man,” Becka said.

Dozens of officers in motorcycles and police cruisers made their way from the church to Johnson County Funeral Chapel and Memorial Gardens, located at 11200 Metcalf Ave.

Officers from across the metro participated in the affair, including some from as far away as Cass County, Mo. The Leawood Fire Department helped block the roads as the procession passed.

“It’s just the least we could do,” she said.

He was first admitted to the hospital in July with cold-like symptoms and his condition quickly worsened. He was transferred to the ICU and was placed on a ventilator, which he remained on for 35 days.

According to Overland Park Police officials, Castro was not vaccinated against COVID-19. Police Chief Frank Donchez said last week more than 70% of the force is vaccinated.

Castro first joined the Overland Park Police Department when he was just 19 as a motor assistance officer while he was still too young to be a police officer.

Once he turned 21, police officials say he immediately took the test to join the force in 2019 in its 127th class.

Flags in Overland Park were lowered to half-staff on Wednesday in honor of Castro, per Kansas Gov. Laura Kelly’s order.