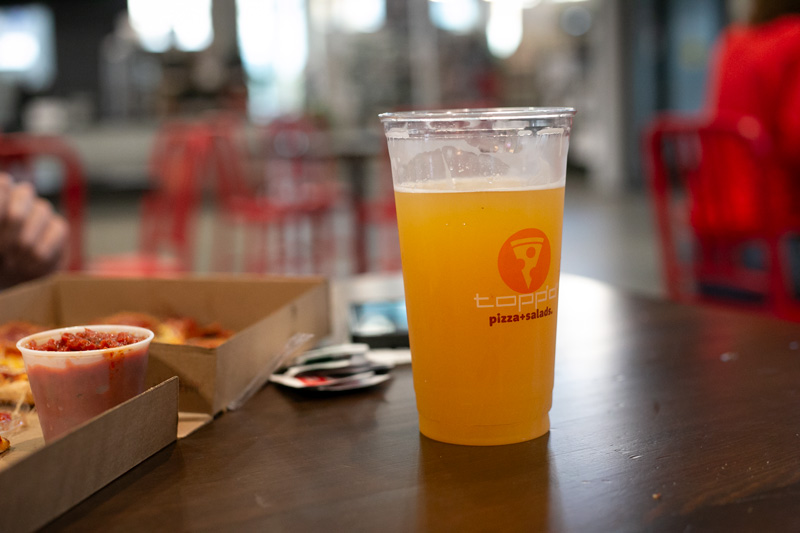 Lenexa has relaxed its rules around possession and consumption of alcoholic liquor on the civic campus, including at the Lenexa Public Market. The new regulations will allow parties who have rented out space at the market or adjoining city hall complex to bring in their own alcohol for their events. File image.

The Lenexa Public Market has adjusted its rules regulating alcohol that can be consumed in the market and the surrounding area around the civi campus off 87th Street Parkway.

Since the food hall and incubator of small businesses launched in 2017, the Lenexa Public Market, 8750 Penrose Lane, has prohibited the possession and consumption of liquor that’s purchased outside of the common consumption area surrounding the market, according to city documents.

Without discussion or public comment, the Lenexa City Council on Tuesday unanimously approved several revisions that govern that common consumption area of the Lenexa Public Market in an attempt to give the city more flexibility at events.

The changes came after city staff identified ways to revise the rules “in order to better accommodate City events and activities” at the public market, according to city documents.

But the changes will only impact patrons who have rented out space for events at the market or adjoining City Hall complex. Other patrons still cannot simply bring in alcoholic beverages from outside to the civic campus.

The three revisions are as follows:

Steven Shrout, assistant city attorney, said the changes allow people who have paid for and rented the kitchen above the Lenexa Public Market or other rental space in the public market or city hall to bring in their own alcohol.

However, for the general public visiting the Lenexa Public Market for city events or other activities, outside alcohol is still prohibited, Shrout added.