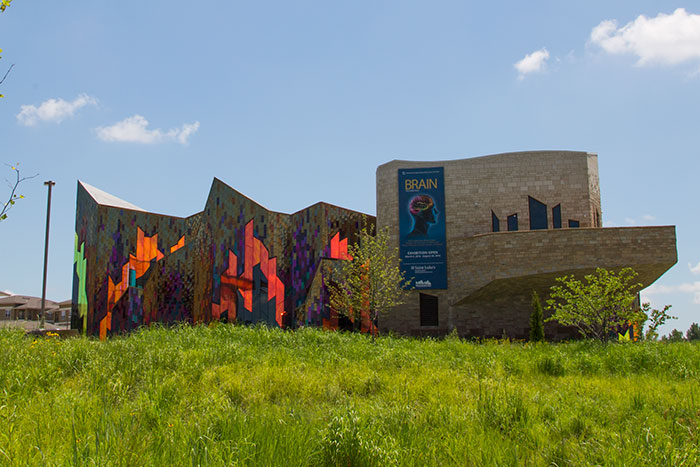 Kansas Legislature's auditors released a report detailing many of the issues with STAR bond financed projects. Excluding West Village in Wyandotte County, only three of 16 STAR bond financed attractions met their goals in tourism. As part of the report, Prairiefire was closely evaluated and found to be one of the 13 project not meeting its goals as a STAR bond. Filed image.

An analysis by Kansas state auditors released this week offers a stinging evaluation of the state’s Sales Tax and Revenue, or STAR, bonds program, turning an especially critical eye on the bonds’ usage for the Prairiefire Museum in southern Overland Park.

The audit concludes, in part, that it could take the state decades to recoup sales tax revenues diverted for Prairiefire and that, ultimately, the site along 135th Street would have developed anyway without STAR bonds’ help.

What are STAR bonds?

Overall, STAR bonds — which have attracted the scrutiny of Kansas lawmakers and local officials for years — have provided more than $1 billion in financing for 20 different developments throughout the state since the bond program’s inception in 1993.

But the new audit conducted by the Kansas Legislative Division of the Post Audit, concludes that only three out of the 16 attractions auditors reviewed met those goals, thereby fulfilling the Kansas Department of Commerce’s objective of boosting tourism.

Here are three notable takeaways from the audit report related to Prairiefire:

After that, auditors say it could be anywhere from the year 2046 to 2104 before Prairiefire is generating enough revenue for the state to recoup the sales taxes diverted to issue the $65 million in STAR bonds to develop the project.

Based on the auditors’ report, Prairiefire also failed to reach STAR bond’s goals of bringing in 20% of out-of-state tourists and 30% from 100 miles away.

Due to the modest number of out-of-state visitors the Prairiefire Museum receives each year, the audit concludes, the project does not generate much new sales tax, resulting in the projected decades-long break-even estimate.

Prairiefire likely has local value because it enhances the areas quality of life by providing new amenities, the audit says.

The museum has helped stimulate local job growth, capital investment and spurred tax revenues. That may, in turn, continue to have additional economic effects for Overland Park, the audit finds.

Still, the auditors argue, this does not mean Prairiefire is helping generate new tourism revenue for the state of Kansas overall.

Economic research suggests local visitors to attractions like Prairiefire are generally likely to shift existing economic activity from one part of Kansas to another, the report said.

It also suggests people likely spend similar amounts of entertainment regardless of where they do so.

For instance, the report noted, if the Prairiefire area had not been built, it is possible that visitors from Missouri would have visited other entertainment areas in Kansas instead.

Even without STAR bonds, Prairiefire would likely still have developed

The Prairiefire district was an undeveloped area before STAR bonds spurred the project forward, but quoting Overland Park officials in their report, auditors said that the area likely would’ve developed without STAR bond financing at some point anyway.

Prairiefire is part of the city’s growing restaurant-and-retail corridor along 135th Street, and auditors said they assumed the site would have developed similarly to the rest of the surrounding area by 2025 and generated sales taxes like it does now without the use of STAR bonds.

The report states Kansas would have likely gained most or all of the state revenue in the district even without STAR bond financing, although it may have developed at a later time.

Overland Park City Manager Bill Ebel said in a response to the audit that he disagreed with this portion of the report.

While Ebel said he agrees the Prairiefire district likely would have developed without STAR bond financing, before it had potential to be merely an office space.

“Therefore,” he said, “it is questionable that, just because the district was likely to develop, it would have gained most of the sales tax revenue in the district even without STAR bond financing.”