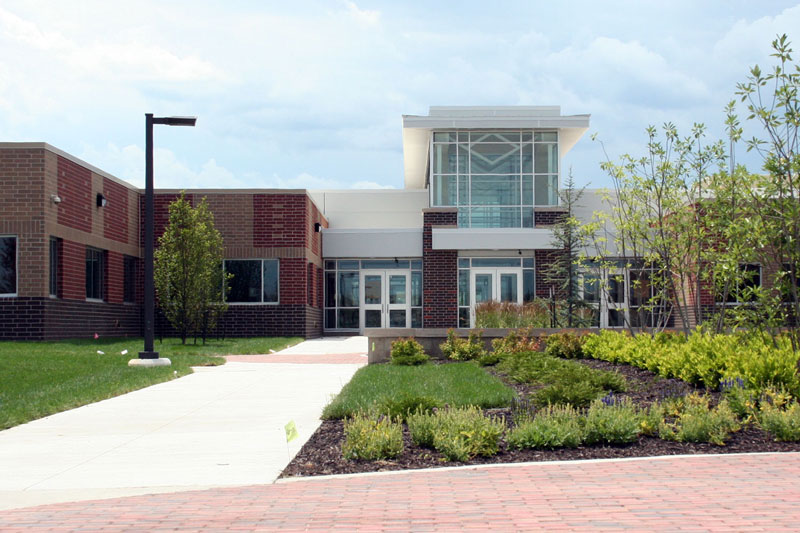 A COVID-19 case at Trail Ridge Middle School, in the Gardner-Edgerton School District, is keeping most seventh and eighth graders out of class until Tuesday, Sept. 7, according to an email sent to parents. As of Aug. 31, the district had 231 middle school students in quarantine, though it's unclear how many of those are Trail Ridge students. Photo via Gardner-Edgerton School District website.

Trail Ridge Middle School in the Gardner-Edgerton School District in southern Johnson County is in the middle of a COVID-19 outbreak that has forced hundreds of students into quarantine for the next week, according to district officials.

Parents of seventh and eighth grade students at Trail Ridge received an email on Friday, Aug. 27, stating their children could not return to school until Tuesday, Sept. 7 — the day after a three-day holiday weekend — due to a “high-risk exposure to a COVID-positive individual.”

The email goes on to say that teachers and administrators at Trail Ridge would work to keep impacted students in the loop academically over the next week.

“The teachers at TRMS are aware and will be in touch regarding the next steps about curriculum and missed work,” the email reads. “TRMS front office staff are also aware and there is no need to call in absences each day, as they will be excused.”

School districts in Kansas are now limited in using remote learning options in case of COVID-19 outbreaks, following passage of a state law that prohibits districts from offering more than 40 hours total of virtual instruction.

The district’s reported case numbers are markedly lower in both elementary and high school grades, according to the dashboard.

Only two positive cases have been reported in elementary schools, along with six quarantines, since Aug. 23. In high school grades over the same time, Gardner-Edgerton has recorded 6 positive cases and 6 quarantines.

As a comparison, the Shawnee Mission School District — with more than four times as many students as Gardner-Edgerton — recorded 73 student exclusions (which may include positive cases and students quarantining due to possible exposure) in its most recent update on its COVID-19 dashboard.

Some Trail Ridge parents told Fox 4 that they are concerned about the district’s quarantine policy. They’re worried there will be gaps created for “perfectly healthy” students who now have to stay home, according to the TV station’s report.

The district email did say students who could show proof of vaccination or proof they “have been COVID positive in the last six months” could return to in-person classes at Trail Ridge on Monday. The school also enrolls sixth graders, who were not included in Friday’s announcement.

Currently, the district says it is following Johnson County Department of Health and Environment’s COVID-19 guidance as far as quarantines go, according to the district website.

Gardner-Edgerton was one of the only Johnson County school districts to begin the 2021-22 school year without universal masking, The Kansas City Star reports, only requiring masks at younger grade levels.

After the district recorded 50 positive cases and 200 quarantines among students and staff within the first week, the district expanded its mask mandate to include all grade levels.

Correction: An earlier version of this story incorrectly stated that the number of positive cases in Gardner-Edgerton makes up less than 0.005% of the total student population and the number of quarantined students makes up roughly 0.04% of the total student population. Unfortunately, the editor didn’t carry the decimal over enough places when doing the math. He apologizes to Ms. Herrick, his fifth grade teacher.