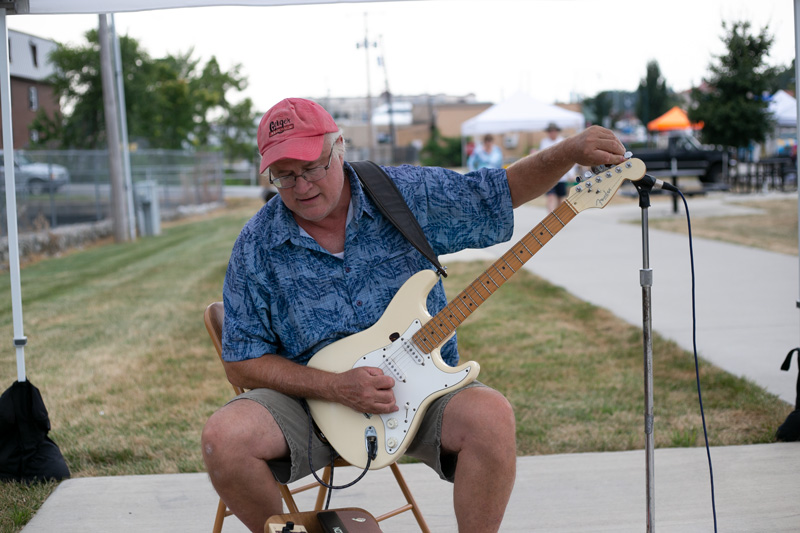 Mission Market visitors may have seen him playing music for the crowds this summer. Or maybe they learned geography from him years ago at Shawnee Mission North.

But Ned Scott wears many hats nowadays. A retired schoolteacher since 2014 from Shawnee Mission North, his alma mater, Scott is a Fairway native (parents are the late James W. Scott, a former journalist with The Kansas City Star, and Sammy Scott) from the SM North Class of 1974.

Scott earned a history degree at Drake University, some certification through the University of Southern California, and a liberal arts master’s degree from Baker University. He taught ninth grade geography at SM North for 16 years, and previously taught history at Southwest High School (now closed) and social studies at Paseo High School, both in Kansas City, Missouri.

For the past 40 years, he has also enjoyed singing and playing guitar with the The Good Sam Club Band; they play at car shows, wineries and city festivals. He also likes spending time with his daughter, Rebekah Scott, and volunteering with Unleashed Pet Rescue in Mission.

In retirement, he also enjoys golfing occasionally as well as serving as a golf marshal at Deer Creek Golf Club. He lives in Merriam with his cats and dogs, whom he adopted or fostered with Unleashed Pet Rescue.

This is his story about some school clubs and teams he helped organize back in the day, and what he learned along the way. 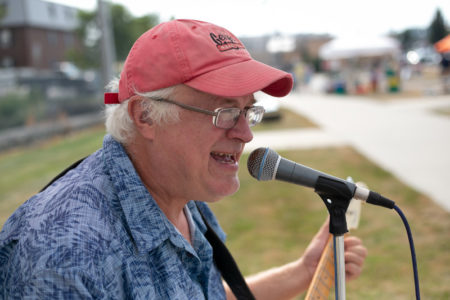 When I was at Paseo and Southwest, we started a baseball team there. It was the first baseball teams that they’d ever had at those schools.

It was all done with contributions from the community and alumni, and for 11 years, we were a pretty good baseball outlet for kids that had never played baseball or had limited baseball experience.

One of the nicest things about that was that I learned as much from the kids as they learned from me. It’s just a really good, looking-back-type thing that might not have happened if certain things didn’t fall into place.

I made a lot of friends [with] students that I still keep in contact with to this day, or see out there on the internet, from those baseball teams.

And when I went to North, we had a club — a little bit like baseball, we switched from baseball to music — and it was a volunteer club called The Combo Club, where we just set up in a big room and people would bring their guitars and drums, basses, keyboards, all that stuff, and we would just play simple songs and jam on those songs. 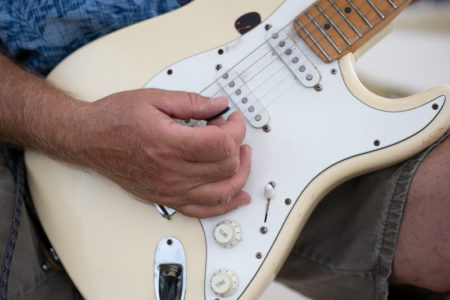 We didn’t have any requirements for grade point average or you had to be a certain skill level and, as a result, it was very popular for a wide range of students.

Many of them went on to play in bands around Kansas City to this day — Jamie Anderson. Jamie’s a guitar player who is highly skilled and would show up every week and play with people who just got their guitar for the first day. He was open to teaching them and showing them how to play, what to play, and encouraged them. That was kind of what the group did, is that people were very encouraging to each other.

Schools often don’t provide for needs that are there. They have very strict parameters or walls or guardrails. Both of those programs were not encouraged by administration, but there was a need for them.

The need for the baseball team was to give the kids something to do after school, keep them occupied, teach them, have fun, stay out of trouble. And baseball was really just an instrument for doing that.

But it was more of an educational experience for me and a benefit for me as much as it was for the kids. I learned a lot and enjoyed the friendships that I made. 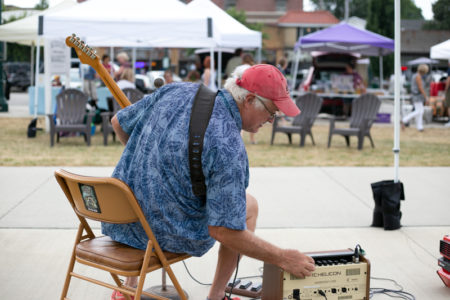 Same thing with The Combo Club. There really wasn’t a musical outlet — though the music programs at North were very good — but there was a gatekeeper mentality, that if you do music, you’re going to do it a certain way. And there was not really a musical pasture for kids that just wanted to get together and play and not have to worry about whether they were passing all their classes or if they were getting on the honor roll.

It brought in a real diverse group of kids that normally don’t interact with each other during school. Just through music.

So we created a musical pasture; people could come in and graze of their own volition, voluntarily.

I really never planned to do these things, but the situation was there, and I felt like if I didn’t do it, no one else would.

It’s that famous quote that I like so much: “Tell God your plan, and he’ll laugh.” I wasn’t planning to be a baseball coach or a musical organizer, but maybe God sent me in that direction, or some sort of inspirational faith, I don’t know what it was.