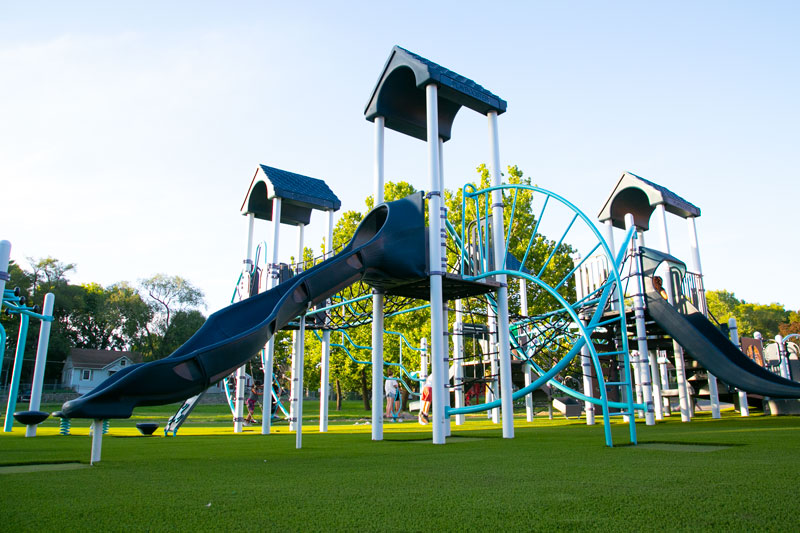 Roesland Elementary's new playground, pictured above, is just one of the several updates Shawnee Mission made during summer 2021 with proceeds from the $264 million bond issue approved by voters in January.

Shawnee Mission is finishing up work on a number of school upgrades that were funded by the district’s most recent bond measure.

After district patrons approved the $264 million bond issue in January, Shawnee Mission began working to complete a number of upgrades to district buildings.

Below is a look at the different upgrades that happened during summer 2021, as outlined by the district:

At the same time, construction on the new Westwood View Elementary building, continues. That long-anticipated project kicked off with a groundbreaking on May 26.

Westwood View is the first of five total elementary schools to be renovated as part of the January bond issue.

Construction on a new John Diemer Elementary is scheduled to begin this year, as well.

Bond money will also be used to fund weight room additions and restroom renovations at SM North, restroom and common area remodels at Shawnee Mission Northwest, and a restroom remodel and three-story addition to Indian Woods, according to Inside SMSD.