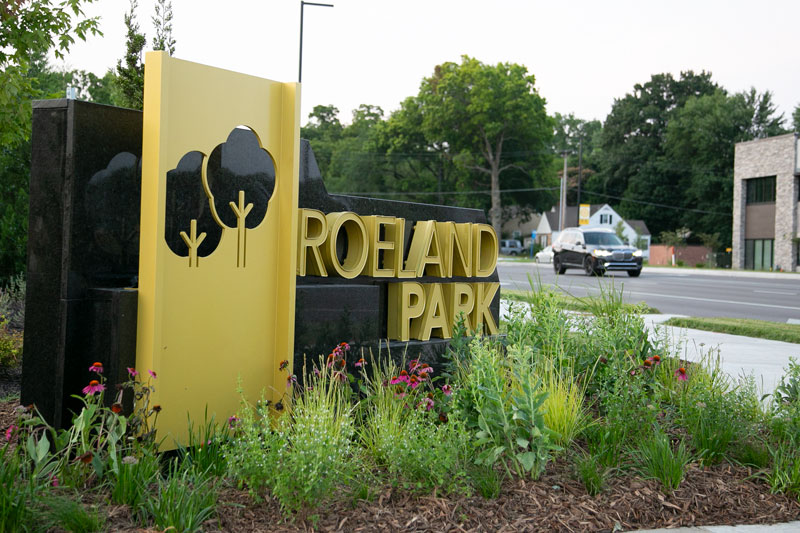 The Roeland Park City Council on Monday unanimously approved an order requiring mask be worn inside all indoor public spaces citywide. The order takes effect Tuesday, Aug. 24, and will remain in effect through at least mid-October. Prairie Village is currently the only other Johnson County city with a citywide mask mandate in place.

The order requires masks for all people indoors in public places or in crowded outdoor public places, with some exceptions.

The council on Monday chose to issue a new resolution rather than an ordinance because it can implement a resolution immediately and it is temporary, which makes it “far more practical and expedient” than an ordinance, City Attorney Steve Bauer said at the meeting.

An ordinance permanently changes city law and becomes effective only after publication.

The resolution imposes no monetary fine for violators. The city will emphasize education over enforcement, the resolution states.

But if a property owner sees someone not wearing a mask and refusing to wear one or leave the premises, the owner may call the Roeland Park Police Department, which is authorized to remove the person from the premises.

The city can then charge the person with trespassing, an existing violation of city code, Bauer said.

People exempted from the mask resolution are as follows:

“Wearing a mask is a minimally restrictive ask,” Mayor Mike Kelly said, “and we’re asking our community to meet us to help keep our kids, keep our residents, keep those who live, work and play in Roeland Park safe.”

Kelly later tweeted the text of the resolution.

I am proud to sign this resolution, unanimously supported by Council, reinstating indoor mask requirements in Roeland Park. We all can do our part. This is a minimal sacrifice toward keeping our community healthy. pic.twitter.com/zlIJjgGyAA

Ward 2 Councilmember Jennifer Hill, who is a teacher, works in a school building with 1,600 people, she said.

She supports emphasizing education rather than direct enforcement of the resolution.

“You know, we’re holding students responsible for a Class 3 charge if they are caught without wearing (masks),” Hill said. “So, I think as adults we need to lead by example.”

Hill said she was “proud of our community, in that wherever I go when I’m shopping, when I’m out, I see people masked even when though they don’t have to be.”

Ward 4 Councilmember Jim Kelly countered by saying he had seen about half of people in stores wearing masks.

“I like the Prairie Village ordinance (which imposes a maximum fine of $25 for a mask infraction) because I think that’s what it’s going to take,” he said.

The council also unanimously approved temporarily requiring city employees, other than seasonal employees, to either provide proof of vaccination or to present a weekly negative result from a COVID test before starting work, including those unable to get vaccinated.

“At some point, you have to take responsibility for your health,” City Administrator Keith Moody said.

Ward 1 Councilmember Jan Faidley said that her 47-year-old cousin who lived in Texas and had chosen not to get vaccinated, died Monday of COVID-19.

She encouraged people to get vaccinated.

“He was only 47 years old,” she said of her cousin. “Basically healthy. For whatever reason, he had chosen not to get vaccinated. I understand that there may be valid reasons not to do that. However, I can tell you now that his family is devastated, and I would hope that no one would have to go through that.”