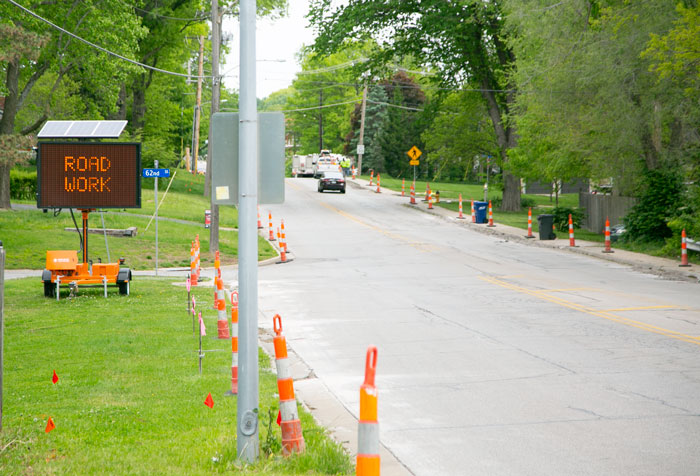 The city of Mission will ask residents this September to increase the citywide special sales tax, which funds transportation projects like the Lamar Avenue rehabilitation. The Lamar Avenue work was completed in 2020. Revenue from the new proposed sales tax increase — from a quarter cent to three-eighths cent — would go towards repairs of residential streets, city officials say. File photo.

Mission residents will soon have the chance to decide whether more sales tax money should go towards maintaining the city’s streets.

The issue before voters: The city will hold a mail-in election in September asking voters whether to approve a slight increase in the city’s sales tax from one-quarter cent to three-eighths cent.

The added revenue would be dedicated to repairing and improving road infrastructure in town.

The city says this increase would put an estimated $950,000 more toward annual street maintenance.

The background: The quarter-cent sales tax was originally passed in 2011.

Funds raised by that tax have been used to preserve local streets for the past 10 years and break ground on infrastructure projects like the resurfacing of and addition of bike lanes to Lamar Avenue.

According to the city’s website, the focus for the next decade of repairs would be streets in residential neighborhoods.

How to vote: This is a mail-in election only.

Voters have until Aug. 31 to register to vote.

Ballots will be mailed out starting on Sept. 1. They should start arriving in voters’ mailboxes on Sept. 3 or 4.

This plan lays out maintenance efforts in 10-year increments, from routine pothole and asphalt repairs to full-depth reconstruction.

Mission residents expressed enthusiasm about financial support toward streets in a recent survey conducted by the city.

According to the survey’s findings in July, 89% of residents support an increase in city investment in neighborhood street maintenance.

Learn more about the election here.

Residents can register to vote for the first time or make sure they’re still registered here.

Editor’s Note: This story originally stated that ballots will begin being mailed out on Sept. 6.