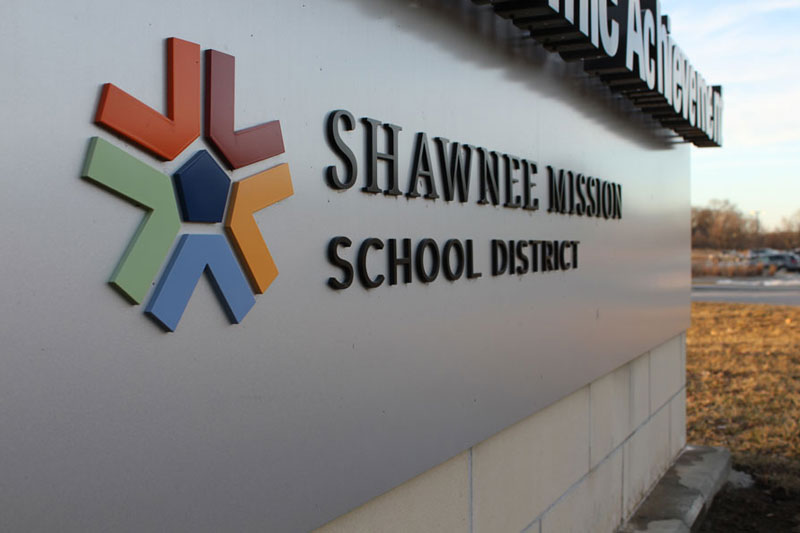 The Shawnee Mission School District says it is still trying to negotiate a $675,000 energy bill from February's cold snap. That total is much lower than the original $1.6 million invoice the district got from third-party gas vendor Symmetry but is still roughly equal to the total amount SMSD typically budgets for gas for an entire school year.

The Shawnee Mission School District says it is still trying to negotiate with a Texas-based natural gas company over the final price of an unusually high energy bill created by February’s record cold snap.

That’s a significant drop from the initial $1.6 million invoice Symmetry billed the district in March but still roughly equals what the district typically budgets for gas for an entire school year.

“We are still working to settle it,” Russell Knapp, the district’s chief financial officer, told the board of education last month. “We did put it in the budget for the current year [2021-22], and we will have to pay that whenever we reach the settlement.”

District communications chief David Smith said whatever the final total ends up being, the bill will be paid for out of the district’s operating funds.

Knapp also reported to the board at its July meeting that the district ended up running a surplus of $6.8 million last school year, due in part, to the savings that came from more than 130 staff vacancies during the pandemic.

February saw record-low temperatures across much of the central U.S., which prompted rolling blackouts — including in Johnson County — as utilities and energy companies dealt with unprecedented spikes in demand and supply was hampered by the extreme cold.

SMSD’s situation is not unique.

The Kansas Association of School Boards says most, if not all, of the nearly 180 school districts and educational organizations across the state that it represents were impacted by the high cost of gas in February.

Austin Harris, KASB’s director of member engagement, said many districts are doing what SMSD is doing: still negotiating a final cost with energy providers and vendors.

“There are still a lot of moving pieces to this. As groups like ours work towards a resolution with natural gas marketers, the [Kansas Corporation Commission] is working with utility companies to approve plans for repayment,” Harris said.

Smith said SMSD had not been in direct contact with the KCC but is working with Overland Park-based law firm Smithyman & Zakoura to negotiate a settlement with Symmetry.

Symmetry is a third-party vendor that buys gas in bulk from power suppliers and then re-sells that gas on the open market to retail customers.

SMSD has been in the practice for years of contracting with third-party vendors like Symmetry (and its predecessor Center Point) in order to buy large quantities of natural gas each year.

In typical years, Knapp said, that has saved the district money.

But February’s winter storm exposed school districts — and other buyers of energy on the open market — to major risk.

Though such third-party gas contracts can offer savings in normal times, when extreme volatility hits, buyers have little protection, he said.

“The contracts these companies offer are like cell phone contracts,” Baxter told the Post in March. “In a low-price environment, they may save you money. But in this type of event like in February, it can expose the buyer to extremely high prices.”

Blue Edge Energy represents roughly 60 public school districts in Wisconsin, many of whom also got hit with high energy bills in February. Baxter told the Post this week that all of the districts he works with have ended up paying those bills.

“Yeah, they had to wrap their heads around it, kind of digest what had happened, but they did it,” he said.

Even after it finally pays February’s bill, SMSD will continue to contract with Symmetry for natural gas services for the 2021-22 school year.

At the same July board of education meeting where Knapp reported the outstanding $675,000 February bill, the board also approved by consent a new one-year agreement with Symmetry for $600,000.

Smith said it remains “economically better” for the district to continue to purchase natural gas on the open market from a third-party vendor.