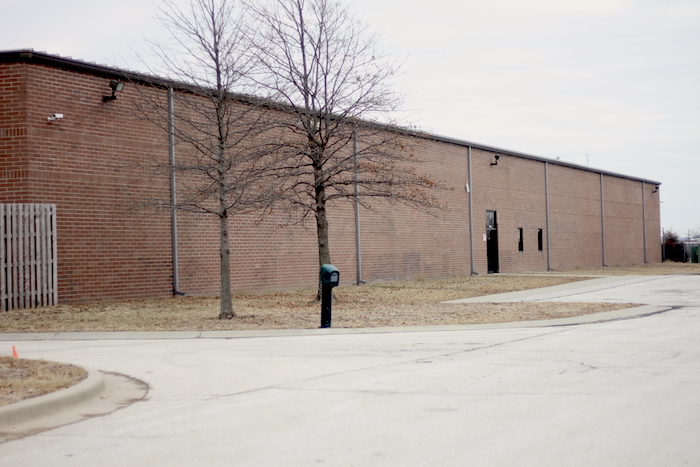 Shawnee is buying the property at 18750 Johnson Drive for $3 million from Wayne Developers LLC to create a parks and recreation headquarters for the city. The 20 acres of property are located just west of I-435 and include a 30,000-square-foot warehouse. File photo.

After months of negotiations, the city of Shawnee has agreed to purchase a piece of property near the Johnson County landfill to use as a new hub for the city’s parks and recreation department.

The Shawnee City Council on Monday voted 7-0 to approve a real estate agreement and purchase the property for $3 million from Wayne Developers LLC. The 20 acres of property are located at 18750 Johnson Drive, just west of I-435.

Councilmember Mike Kemmling was absent for the discussion and vote. There was no public comment.

The unused site includes a 30,000-square-foot-warehouse and shares a driveway with the city’s public works headquarters. The city has budgeted $5.5 million to renovate the warehouse and turn the site into a home base for city parks and recreation.

Funding for this $8.5 million effort comes from the city’s capital improvement program.

The city and Wayne Developers have clashed for more than two years over the property.

Wayne Developers was planning to work with Republic Services, a provider of solid waste collection, to build a $13 million commercial trucking facility on the site.

At that time, an attorney representing Wayne said the company “expressed no interest” in selling the property for $3.5 million, the price for which the company bought it in August 2018.

After that, Shawnee invoked eminent domain, which means the city sought to “condemn” the property and take control of it and pay fair market value.

Wayne Developers filed a petition against Shawnee for invoking eminent domain, and a Johnson County judge in July 2019 ordered the city to drop its claim.

Meanwhile, city staff have frequently reported that the parks and recreation department lacks a central base of operations and adequate storage for its equipment.

Parks and rec personnel operate at three separate locations, including at 12321 Johnson Drive and in facilities at Herman Laird Park and Veterans Park.

A recording of the meeting is available below and on the city’s website. Discussion begins at 31:23.

Editor’s note: This story has been updated to clarify the eminent domain process.