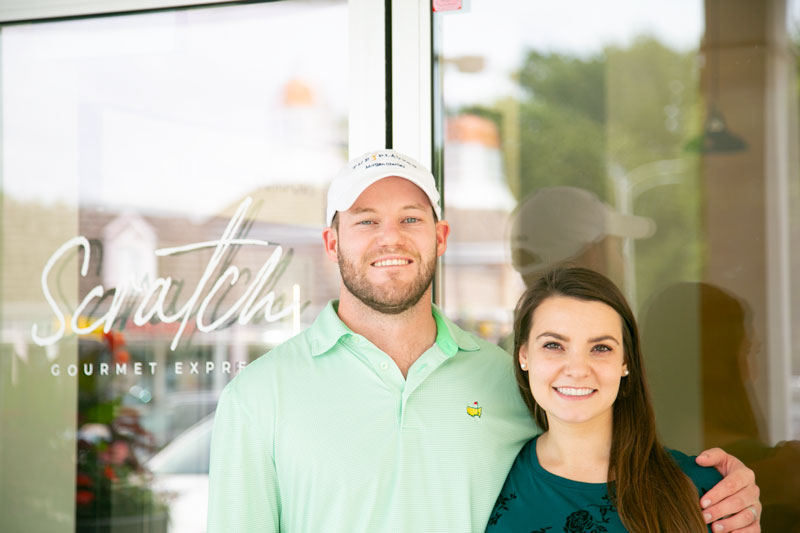 Scratch Gourmet Express and Catering owners Tyler and Monica Morrison opened the seasonal, to-go restaurant in The Shops of Prairie Village on Aug. 3. The restaurant serves "elevated comfort food" that is typically served on Sunday dinners or holidays like Thanksgiving, Christmas or Easter.

Scratch Gourmet Express and Catering, an “elevated comfort food” restaurant, is officially open at The Shops of Prairie Village.

Despite supply chain delays causing an eight-month setback, Scratch opened for business on Tuesday, Aug. 3 in the former Standees space at 3939 W. 69th Terrace. Co-owner Tyler Morrison said he and his wife, Monica, landed on Prairie Village because they live nearby and wanted to keep Scratch “a local, community-driven restaurant.”

But nearby restaurants also played a role in the decision, Morrison said.

“We definitely thought that there was an opportunity to serve high-quality, fresh food in this market,” Morrison said. “We loved what we’d seen from different restaurants like story and Cafe Provence and felt the way we cook — the style and elevation with which we cook — sat well with that area.”

The restaurant operates on an eight-week seasonal selection, though, Morrison said. Customers can expect new menu items — including entrees, appetizers and desserts — for the first four weeks.

The second half of the eight-week seasonal selection repeats the first four weeks in order, so customers can expect to see the same dishes on weeks one and five, weeks two and six, weeks three and seven and weeks four and eight.

Some examples of menu items on the current eight-week selection (which is in its second week) include shrimp and grits, deconstructed crab rangoon and a bacon-wrapped pork tenderloin with an apricot glaze.

Scratch also features a catering option for events like weddings and anniversaries. A private room located inside the restaurant will be available for booking, but will also host ticketed events such as seven-course dinners with wine pairings from Italy, California and France, Morrison said.

“We take a lot of pride in what we do,” Morrison said. “We want to put out a high-quality, fresh product for everyone. We give them a more elevated experience and let the food be the focus.”