This year JCPRD is celebrating the 101st anniversary of the 19th Amendment with this look at groundbreaking women in Johnson County politics.

Last year was the centennial of the 19th Amendment of the U.S. Constitution. This pivotal amendment to the U.S. Constitution granted women the right to vote and helped pave the road forward for equality in other sectors of society. Sadly, the ongoing pandemic overshadowed this important anniversary for the general public. So, this year we’re celebrating the 101st anniversary of the 19th Amendment with this look at groundbreaking women in Johnson County politics.

The first woman – women, actually – to hold elected municipal office in Johnson County is quite a story! In Kansas, women gained the right to vote in municipal elections in 1887 (they could vote in school district elections beginning in 1861, and there were likely women elected to schoolboard positions early on). In 1890, out of a local squabble over closing restaurants on Sundays, an entire ticket of women candidates ran for town office in Edgerton… and won!

Edgerton’s citizens elected seven women in total. Margaret Kelly, a 23-year-old mother and wife of the city clerk, W.H. Kelly, was elected mayor. At just 22 years old, Jessie Greer was elected police judge. The female ticket was rounded out with five women who were elected city councilors. The achievement was mocked in the Kansas City Times as a “petticoat government.” On May 1, the newly-elected mayor held the first city meeting – while also holding her baby. Less than three weeks later, the all-female governing body abruptly resigned on May 19 in frustration over restrictions placed on them by the law and by men in the town.

It took another 81 years for a woman to be elected mayor in Johnson County. Margaret W. Jordan was elected mayor of Leawood in 1971. She also served as District Attorney (10th District) until 1977.

Following Margaret W. Jordan’s term as mayor, Lenexa voters elected a second woman to serve in the position: Johnna Lingle. Mayor Lingle served three terms in total, from 1973 to 1981. Lingle’s political career did not end there, however. In 1981, Lingle became the first woman elected to the Johnson County Board of County Commissioners (BOCC). Commissioner Lingle served five consecutive terms, including serving as the first female chair of the BOCC in 1982 (with subsequent chair positions in 1987, 1992, and 1997).

During that same era, Johnson County voters elected the first woman to serve in the Kansas House of Representatives, Nancy J. Brown. Starting in 1984 through 1994, Brown represented the Stanley area (around 151st and Metcalf in southern Overland Park today). Brown also served as Executive Director of the Kansas Association of Townships. She died in March 2020.

Although Brown was the first Johnson County woman to serve in the Kansas House of Representatives, she was not the first female Kansan to serve in the position. That honor goes to Minnie Tamar Johnson Grinstead, who was elected to represent Crawford County in 1918, two years before the 19th Amendment was enacted.

Meyers was re-elected five times and served a total of 12 years in the U.S. Congress. During her last term, Meyers chaired the House Small Business Committee, where she was able to aid her growing district, including Overland Park. She chose not to seek reelection in 1998.

Meyers died in June 2019, at age 90, after a lifetime of service to Johnson County. Today, Sharice Davids is the U.S. Congresswoman for the Third District. In addition to being the second woman to serve the Third District, Davids has the distinction of being the first Native American and openly gay member of Congress from Kansas.

Although no woman from Johnson County has been elected to serve Kansas in the U.S. Senate, two female Kansans have served in the legislative body: Nancy Landon Kassebaum, who was elected in 1978, and Sheila Frahm, who was appointed in 1996 to complete Bob Dole’s senate term.

Women and the Justice System

Women’s representation in courts of law is an extension of the access to democracy that the 19th Amendment guaranteed women. In 1908, Mary H. Cooper of Beloit, Kan. became the first U.S. woman to serve as a probate judge when she was appointed to fill an unexpired term. She was elected to a second term as probate judge in Mitchell County, after running unopposed.

In 1959, Johnson Countian Carolee Sauder Leek passed the bar. Six years later, she was elected to serve as municipal judge of Mission, Kan. During the time she held that post (1965-1969), Sauder was one of just a handful of female judges at any level in the country at the time! Leek died in 2017.

In 2016, then-Governor Brownback appointed lawyer Rhonda Mason to the 10th Judicial District of the Kansas Judicial Branch. When she was sworn in in 2017, Mason became the first Black judge to serve Johnson County in this position – and only the second in Kansas. She was also only the fourth female judge to serve the Kansas Judicial Branch. Judge Mason still serves the 10th District today. 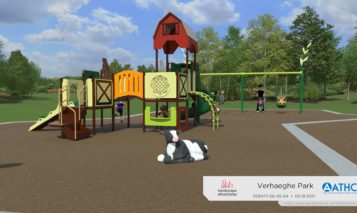 Inside JCPRD: Verhaeghe Park playground expansion to open this fall 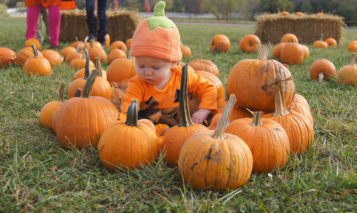 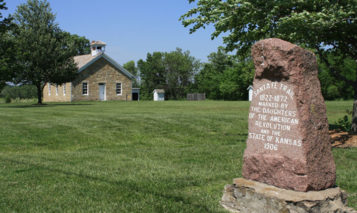 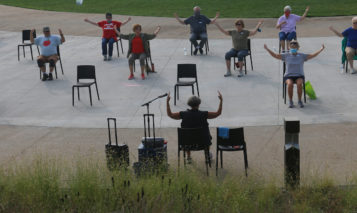 Inside JCPRD: September 50 Plus events offer education and fun