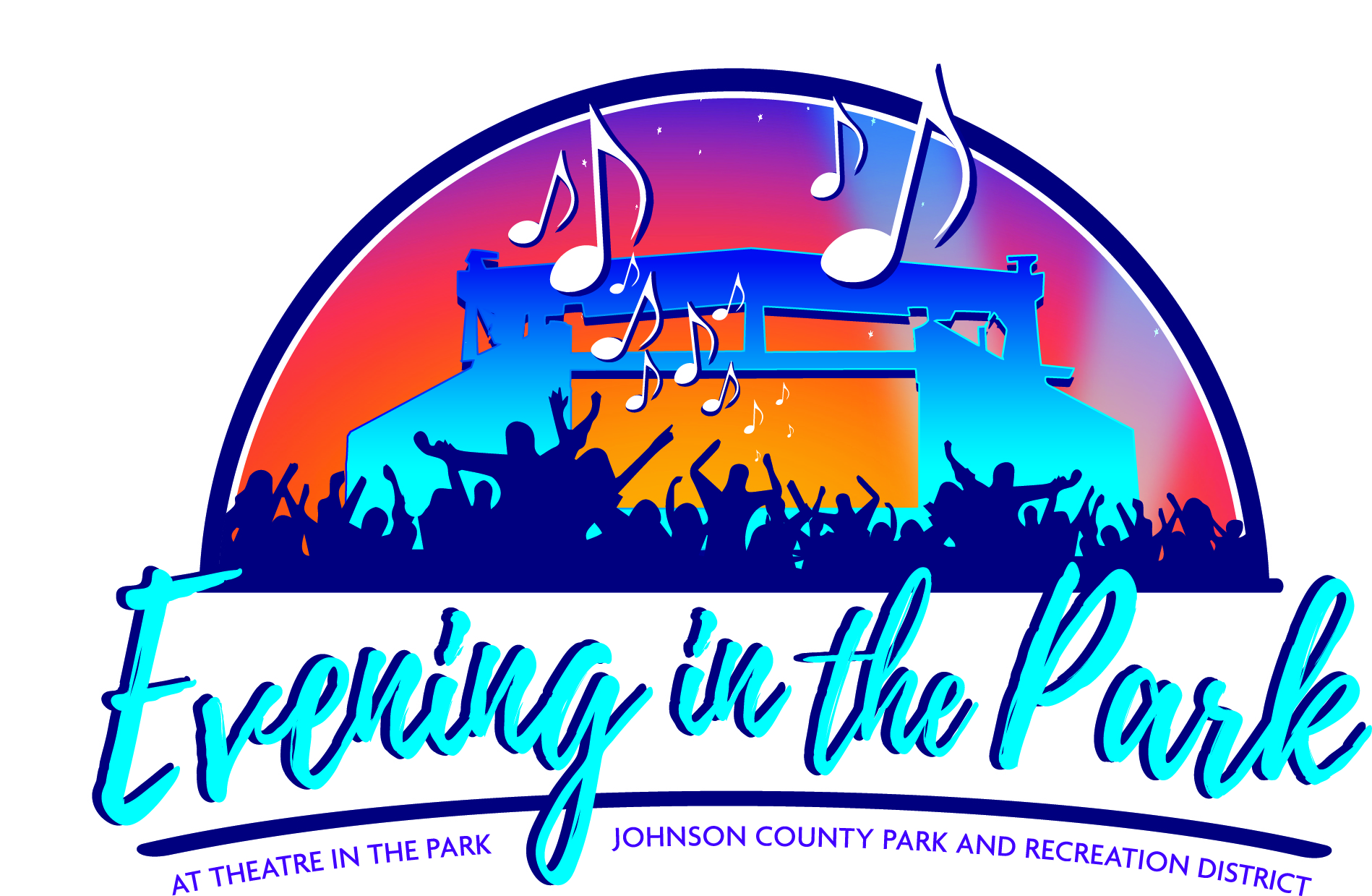 Join JCPRD for a free party in the park on Aug. 8.

Music, movies, and oh so much fun awaits visitors this Sunday at Johnson County’s newest annual tradition, Evening in the Park. The Aug. 8 event will feature two hours of live music followed by Disney’s “Oh Brother, Where Art Thou?” showing on the big screen. Evening in the Park is presented to the public free of charge – JCPRD’s special thank you to the community for support of our parks, programs, and special events.

The free, laid back party in the park kicks off at 6 pm with Short Round Stringband, a pan-Missouri band that has delighted new fans and long-time roots music devotees with their revival of old-time, country, and southern mountain music.

Short Round Stringband features Kelly Wells and Ryan Spearman (The Aching Hearts, St. Louis), Betse Ellis and Clarke Wyatt (Betse & Clarke, Kansas City), and bassist Chris DeVictor (Konza Swamp Band and more). Ryan was a founding member of High on the Hog, and Betse co-founded The Wilders – both roots bands with years of touring and multiple albums. With deep connections to old-time, country and Ozark tunes and songs, Short Round Stringband invites listeners to explore the sounds and stories of the American experience. Their hard driving fiddle tunes will get you out of your seat and their vocal duets will bring a tear to your eye. Short Round Stringband will play from 6 pm to 7 pm.

The Matchsellers, featuring Kansas City native Julie Bates and Andrew Morris of Warsaw, Ind., play from 7 pm to 8 pm. The duo met in 2012 while working as American Cultural Ambassadors in Germany via the Fulbright Program and began exploring traditional American music from abroad. Since then, they have collected influences from various regional styles of American folk music including bluegrass, old-time fiddle, hambone, fiddlesticks, Cajun, gospel, and others. The Matchsellers have delighted audiences across the U.S. and Europe with their exciting, gritty, and often hilarious stage show. While a focus on humor and absurdity permeates their show, they are dedicated interpreters of tradition whose excellent musicianship, songwriting, and taste are never overshadowed. The Matchsellers’ Bluegrastronauts, which was featured on NPR’s Mountain Stage Radio Show, is hailed as the world’s first outer-space bluegrass odyssey – a fitting connection to the evening’s feature film.

Disney’s “O Brother, Where Art Thou?” takes viewers on a bluegrass, country, gospel, blues, and folk music-infused journey loosely based on Homer’s “Odyssey.” Set in 1930s Mississippi, the film follows the adventures of Ulysses Everett McGill (played by George Clooney) and his companions, Delmar and Pete (played by Tim Blake Nelson and John Turturro, respectively). Sprung from a chain gang and trying to reach Everett’s home to recover the buried loot of a bank heist, they are confronted by a series of strange characters – among them sirens, a cyclops, bank robber George “Baby Face” Nelson (very annoyed by that nickname), a campaigning governor and his opponent, and a blind prophet who warns the trio that “the treasure you seek shall not be the treasure you find.”

“We look forward to a great Evening in the Park this year with our community, in celebration of the arts and the important role they play in making lives more enjoyable,” said Superintendent of Culture Susan Mong. “We will not be offering food trucks this year, but our concessions will be open with lots of great options to enjoy!”

Bring your blankets, chairs, a ball/Frisbee, and enjoy time with your family and friends. Food, wine, and beer will be available for purchase, so bring your wallet and ID!