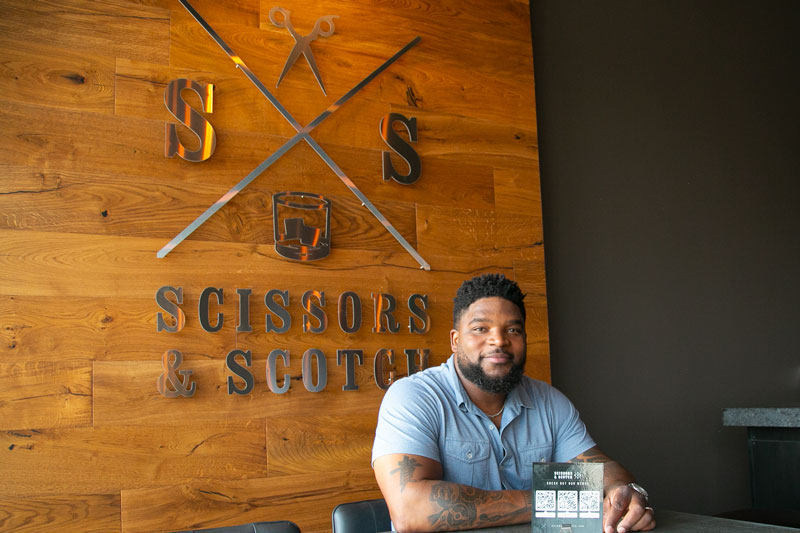 Scissors and Scotch, an Omaha-based barbershop company, recently opened a Prairie Village location at the new Corinth Quarter development. Mario Smith, the general manager pictured above, said the barbershop was fully booked its opening weekend from July 23 to 25.

A new whiskey-themed barbershop is one of Corinth Quarter’s first tenants to open.

Scissors and Scotch, an Omaha-based company with several KC-area franchises, formally opened up in late July at 4111 W. 83rd Street in Prairie Village’s Corinth Quarter, a new shopping center across the street from Corinth Square.

Smith said he credits the buzz not only to the curiosity around Corinth Quarter itself, but also to Prairie Village’s desire for unique businesses.

“There’s nothing like this in this area — a barbershop with a bar in it — and Prairie Village people love different things,” Smith said.

Smith, who has a sizable customer following from his years working for a former Corinth Square barbershop, said the Prairie Village location is the typical Scissors and Scotch set-up.

Customers can choose between several different services, including plans marketed as the “10-year,” the “15-year” and the “25-year,” in reference to aging Scotch.

The “25-year” haircut, priced at $58 or more, includes a neck, shoulder and hand massage.

Scissors and Scotch includes a drink with each of its services with options for “premium liquors, handcrafted cocktails, beers on tap and coffee,” according to its website.

While the bar is part of the reason people may be intrigued, Smith said the focus on customer service is what will set it apart from other barbershops.

“We really focus on just pleasing our clients, as well as our employees,” Smith said. “I think that is what makes it such a unique place.”

Although no mask policy is currently in place at the barbershop, Smith said customers can choose to wear masks and if asked to do so, employees will, as well. 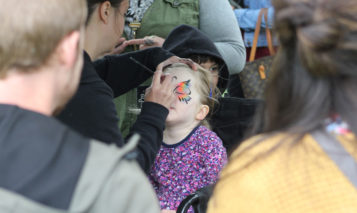