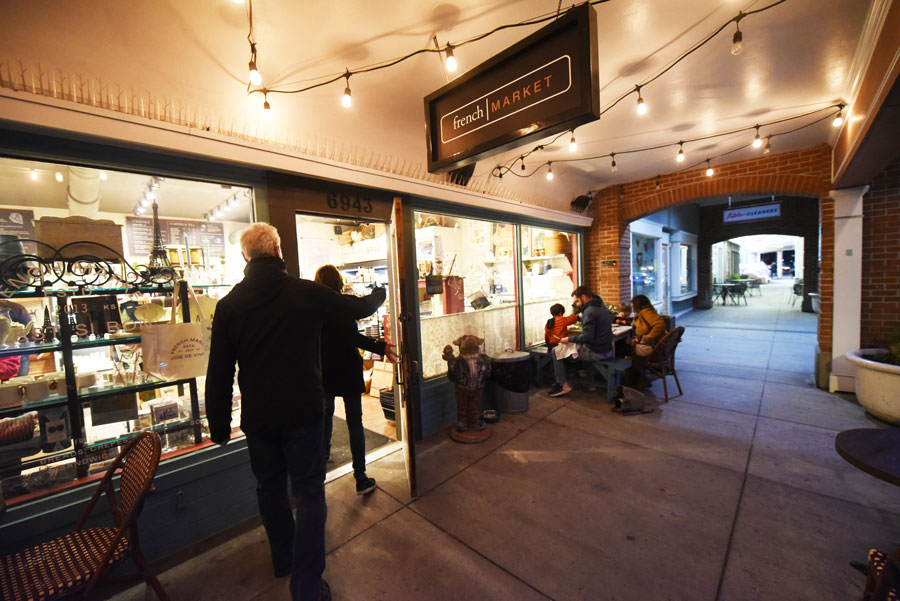 Following a vote from the city council Monday, Prairie Village city staff will draft an ordinance requiring that masks be worn in most indoor public spaces. The draft should appear before the city council on its Aug. 16 meeting. Until then, the city council unanimously approved a statement urging residents and businesses to wear masks indoors — whether or not they are vaccinated. File photo.

The city of Prairie Village is looking into issuing its own citywide mask mandate and could vote on a draft order in two weeks at the city council’s next regular meeting.

While Johnson County continues to strongly encourage residents to wear masks in indoor public spaces, there hasn’t been a countywide mask mandate in place since the county lifted its last emergency order in late April.

In making the motion, Nelson noted Johnson County has reported more than 1,700 new COVID-19 cases in the last two weeks and said a mask mandate is the way to protect Prairie Village residents.

“We simply can’t wait for the county, other municipalities or the state legislature to do the right thing,” Nelson said. “It is our responsibility to keep our residents and our workforce safe, we can do it.”

While some other metro cities, including Kansas City, Mo., and North Kansas City, have recently approved citywide mask mandates, no city in Johnson County has gone that far yet.

Nelson proposed immediately reinstating previous mask orders in Prairie Village, which had been in place in conjunction with county and state mandates, and covered most indoor public spaces, with some exceptions.

Her initial proposal was for a 30-day mask order, so the city could gauge the impact of the ongoing spread of the Delta variant.

Nelson’s motion seemed to take much of the rest of the council off guard.

Mayor Eric Mikkelson noted that the idea to issue a new mask order had not been “previewed” with him or city staff before the meeting.

After some discussion and clarification from the city’s legal counsel and other city officials, Nelson adjusted her motion — dropping the idea to immediately reinstitute a mask order and instead directing city staff to draft a new mask ordinance to be considered at the city council’s next meeting in two weeks.

Councilmember Piper Reimer quickly seconded that motion and said she supported it because it may not be the last time the city will need a mask mandate.

Even if the city council doesn’t ultimately approve the ordinance, Reimer said, she thinks it’s a tool the city can rely on in the future.

Nelson said she has had conversations with Prairie Village residents, who want a mask mandate reissued, including an employee at a business in the Prairie Village Shops.

“She said she doesn’t feel safe at work,” Nelson said. “Most people are coming into the shop without masks on.”

Nelson, a teacher in the Shawnee Mission School District, also pointed out that she was “thankful” the district approved mask rules for elementary students before any other Johnson County district.

But others, like Councilmembers Sheila Myers and Courtney McFadden, opposed the motion to draft a new mask mandate.

Both expressed a desire to wait on further guidance from the county. The Board of County Commissioners is expected to discuss the issue of countywide COVID-19 restrictions at its regular meeting Thursday.

The county’s previous emergency orders, which included mask mandates, were filtered down from Kansas Gov. Laura Kelly’s statewide order, which was adopted by the county and, subsequently, most cities, including Prairie Village.

City Administrator Wes Jordan said he has no indication county commissioners are headed in the direction of approving a countywide mask mandate absent a new statewide order.

Last week, County Commission Chairman Ed Eilert said he was personally not supportive of a countywide mask mandate and no commissioner at the meeting voiced enthusiasm for a new order.

Still, McFadden expressed concerns about a piece-meal approach with no other Johnson County cities considering its own mandate. McFadden said she’d prefer to defer to individual businesses who want to enact mask policies

“On the council level, I don’t believe it’s a decision point tonight [Monday] for us to need to make a city ordinance that may be completely disparate,” McFadden said. “I also can’t see spending time or money — more legal money — on something that may not be necessary to have in our back pocket up until Thursday [when the next BOCC meeting occurs.]”

While city staff and City Attorney David Waters will work on an emergency order that mirrors Gov. Laura Kelly’s now-expired order, the draft will emphasize an “indoors only” approach.

The draft should also include language about enforcing a mandate inside Shawnee Mission middle and high schools, though Waters said there are likely issues he’ll need to research regarding co-equal units of government. (Currently, the district has approved its own policy in which masks will be required for elementary students but merely recommended for middle and high schoolers.)

The city council approved the motion to draft a new masking ordinance in a 8-2 vote with Myers and McFadden in opposition.

City staff are expected to bring a draft forward to the city council at its next meeting on Monday, Aug. 16.

In the meantime, the city council unanimously approved the following statement:

“Prairie Village is currently in an area of high transmission and therefore urges that individuals and businesses follow recent [Centers for Disease Control and Prevention] guidance as of July 27, 2021, regarding masking indoors for both vaccinated and unvaccinated people.”