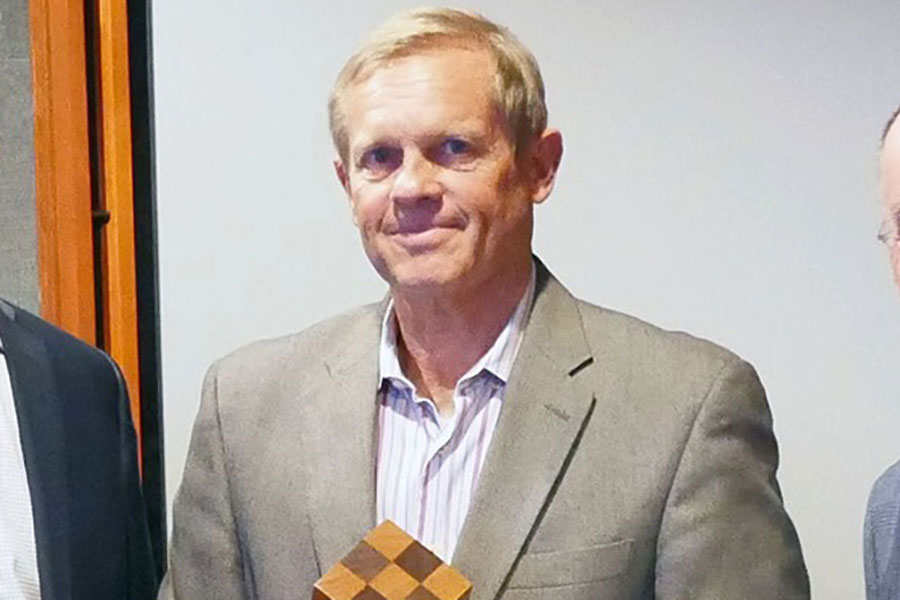 Bill Ebel announced his retirement Monday at the Overland Park City Council. His employment is now set to officially end on March 1, 2022. He has served as City Manager for the last 11 years and worked in Overland Park administration for more than two decades. Image via Mid-America Regional Council.

Overland Park City Manager Bill Ebel has decided to retire next spring, ending an 11-year stint at the helm of city administration.

Ebel served a total of 21 years with Overland Park, including time at the city’s public works department and as director of planning and development services.

“After 43 years of public service to my country and my community I’ve decided it’s time to retire,” he told the City Council Monday, referencing his career in the U.S. Army before moving into city administration.

“Thank you for the opportunity and I look forward to the next six months where I don’t expect the pace to slow down at all around here,” he said.

Ebel, a graduate of the United States Military Academy at West Point, is only Overland Park’s fifth city manager in its history.

He has often been praised by councilmembers for leadership on the city budget, especially during the troubled months following the pandemic shutdowns.

But he also found himself in the hot seat last year in controversies about his part in the handling of a severance agreement with Clayton Jenison, the police officer who shot and killed teenager John Albers during a welfare check in 2018.

The city sought to keep that information out of the public eye, but details of the settlement were released earlier this year after a lawsuit.

Some councilmembers also questioned Ebel’s decision to furlough employees and suspend pay raises as the pandemic first took hold in 2020, and also for a city request for coronavirus relief funds to pay for video equipment at a youth soccer complex that was ultimately not advanced.

Ebel’s announcement on Monday was met from the dais with a mix of admiration and regret.

Outgoing Mayor Carl Gerlach said Ebel’s retirement announcement was, “not something we like to hear, but we sure understand. You have been through a lot in 43 years.”