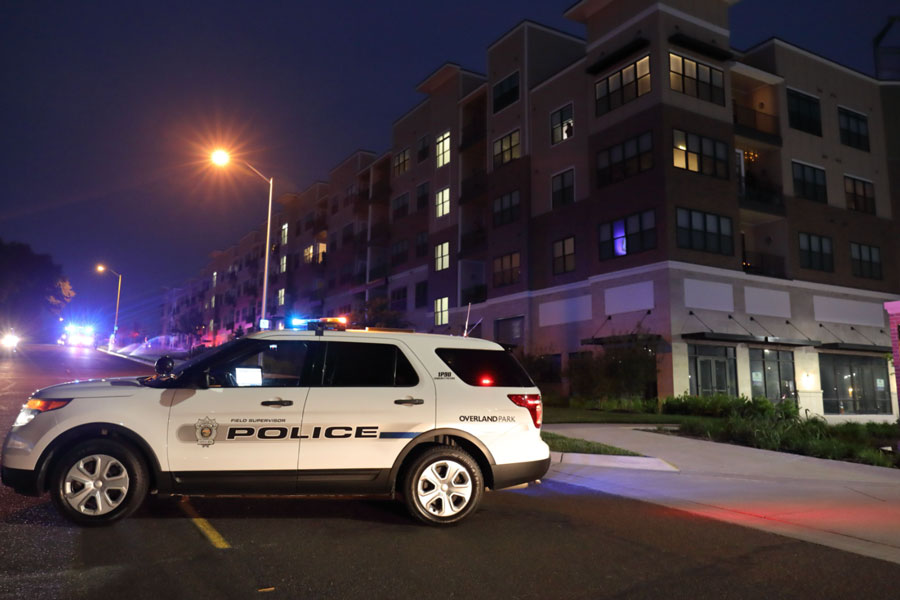 A man in his 30s was critically injured after a shooting inside the parking garage of an upscale Overland Park apartment building Monday evening.

Recorded radio traffic indicates officers arrived to find a man on the first floor of the parking garage with multiple gunshot wounds, including one to the head.

The man was conscious and talked to the police before being transported to an area hospital by Johnson County Med-Act.

Police at the scene said the man was taken to Overland Park Regional Medical Center, and he is now in stable condition, according to an update provided by a police spokesperson on Tuesday morning.

The parking garage of the building is enclosed, and garage doors control access off of 89th Street and another set off Glenwood Street.

Police blocked access to the parking garage for a time. By 10 p.m., an officer could be seen allowing residents into the garage.

The shooting is still under investigation. No arrests have been made, and no suspect information has been released.